This post is from a guest author Benjamin Davis is the man running the show on From cents to Retirement. While doing his Ph.D., he developed CFS and fearing he could not work much longer, he decided to create passive income streams to be able to retire early. His future goals including owning 100 rental homes in the next years and turn his blog into a reference blog for early retirement, inspiring others with his own story. Enjoy the post 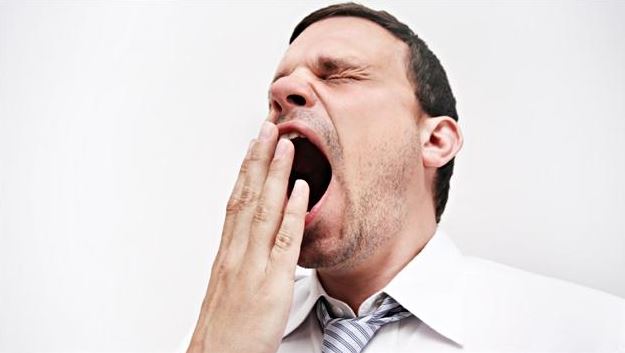 I was born in Portugal, to an Italian and Canadian family. My family worked hard for me and my brother to go to college, so we always valued education in the family. In 2012, I decided to do my Ph.D. abroad and having multiple offers in hands, I eventually decided to go to Germany. I took a research position which would allow me to do my Ph.D.

I loved the environment at work, my job and the totally new culture I was being exposed too.

I learned German very quickly, as I got along with my co-workers fast and my favorite hobbies included going out on Saturdays and enter random stores just to practice my German.

The position had a major downside: the university rules only allowed me to start my Ph.D. after being an employee for 2 years.

The first epiphany in my life – CFS

9 months after that, I was offered another position in a different city. This new position would enable me to start my Ph.D. right away, and because of that, I decided to take it.

I thought everything would be similar (culture and environment-wise) although most people advised me not to go, as the city had a very bad reputation in terms of welcoming foreigners. I decided to take the plunge and do it, still.

I could not have imagined something worse than what I found. Not only the city was horrible (and people were not used to foreigners), the environment at work was awful.

My colleges were everything but easy going and my boss was extremely rude and demanding. It also seemed that English was prohibited in that city because nobody spoke it.

One morning a few months after, I woke up exhausted and paid my GP a visit. She thought I had caught the flu and recommended me to rest for 2 weeks, advice which I followed.

However, as time went by I got worse and worse! I developed other symptoms and honestly, I felt pathetic calling the doctor on a daily basis, as symptoms appeared. I became seriously depressed. At the same time, my blood work came out normal in the myriad of tests I did.

After testing me for pretty much everything known to men, my GP admitted she had no idea what was going on. She sent me to every specialist you can possibly imagine, and I was submitted to very evasive tests over and over again.

Along the way, I was misdiagnosed a few times – everything from bone marrow infections to chronic depression – until I visited an ME/CFS (Myalgic encephalomyelitis / Chronic Fatigue Syndrome) specialist.

I still recall that consultation. From the very first moment I knew that he had a very good idea of what was going on, as he would tell me the symptoms I had before asking me.

Eventually, the confirmed that I had CFS. This was the worst day of my life. The doctor went on to explain me all the problems of the disease and how worse the symptoms were going to get. I felt as scared as never.

You probably have no idea what this disease is, and I don’t blame you – I had no idea myself before I was diagnosed. Fatigue is just one of the symptoms.

I experience extreme fatigue (which makes it hard to lift my toothbrush sometimes), dizziness, chronic muscle tension and a few other symptoms that leave me incapacitated. I learned how to manage some symptoms and I can get through life (some days are much better than others though).

The crucial thing to manage symptoms was a good fibromyalgia diet, which I learned from the personal experience was also good for CFS.

Another epiphany in my life – financial freedom

As CFS was getting worse and worse, it became evident that I could not work much longer. In late 2014, I decided that I needed to do something about that. At that point, I was calling the office sick way too often.

Because it was unsustainable, I did go to work when I wasn’t feeling OK. It was terrible. I needed space and time. I knew that at some point I would have to stop working.

But I also knew that there are no benefits for CFS sufferers. Quitting my job sounded like the perfect solution, but what would I live off?

I thought about ways of still earning my salary without having to go to work (probably everybody’s dream but in my case I had a very good reason to do that).

This changed my life. I had invested in stocks with success since I was young so I was already used to the concept of passive income. I then started to think of ways that I could replicate that on a massive scale.

The first calculations were really terrifying. I needed so much capital that I would have to work for 20 years in a row to be able to retire. I remember sitting down and telling myself “there is something here that I am not seeing”. I sat down and I started to assess my finances down to the cent.

I realized that I was spending a lot of money that I didn’t really have too, and how saving it would accelerate my plan. On top of that, I started to educate myself on finances, reading over 100 books on personal finances and investment,

which I eventually put together in this list, where I post summaries and reviews of that list (I advocate financial education for everyone because there is a lot of struggle out there and it doesn’t have to be like that).

During and after this period I helped many friends and other people, and I eventually set up a small consulting business (which I had to shut down because of my Ph.D.).

I also started to find blogs about Early retirement and that was the ultimate game changer for me. If other people could do it, I could do it myself, I thought.

Of course that when you tell people you want to retire in your 30s, most people will laugh the crap out of you, and call you crazy. But I knew I was onto something…

Today I am confident that my plan will succeed. I do still face some big problems due to CFS, but that was exactly what made me think of retiring early, so I actually see a good side of it.

I am also sure that CFS really triggered an instinct survival in my body – as I knew I would be prevented from working, one day – and it gave me the ultimate drive to make it happen.

I am in love with real estate (in fact, my dream is to own 100 rental units). The bulk of my net worth is invested in Real Estate and if you look at my stocks, you’ll find out that I have only minor positions because I think there will be a market correction soon.

I specialized in deep value real estate investments in Portugal, which yield up to 20% net a year. My business model is to buy distressed properties from motivated sellers. Most of these sellers are emigrants who don’t need these homes in Portugal (and actually regard them as a problem instead of an asset).

I developed good relationships with real estate agents and contractors, as most of these properties need to be rehabbed. After I rehab them with style, I monetizing them with great tenants.

I am pretty many hands on with respect to my Real Estate investments and I often publish material on RE, including free real estate books, rental home pro forma explanations and how to get rid of a couch and other things.

I am on track to retire in my early 30s. This year, I am taking a totally different approach to grow my net worth, as I am trying to increase my online income and creating a few new businesses to diversify my sources of income.

Some links on this page may be affiliate links, if you make a purchase following the links, I may earn a commission. Read affiliate disclosure here
« 10 Habits of Financially Stable People
How Payroll Software Helps Small Businesses »