In January I did a little experiment with my life. I started doing one good thing a day to become a better person than I am now. Not that I hate who I am still, no harm in getting better. 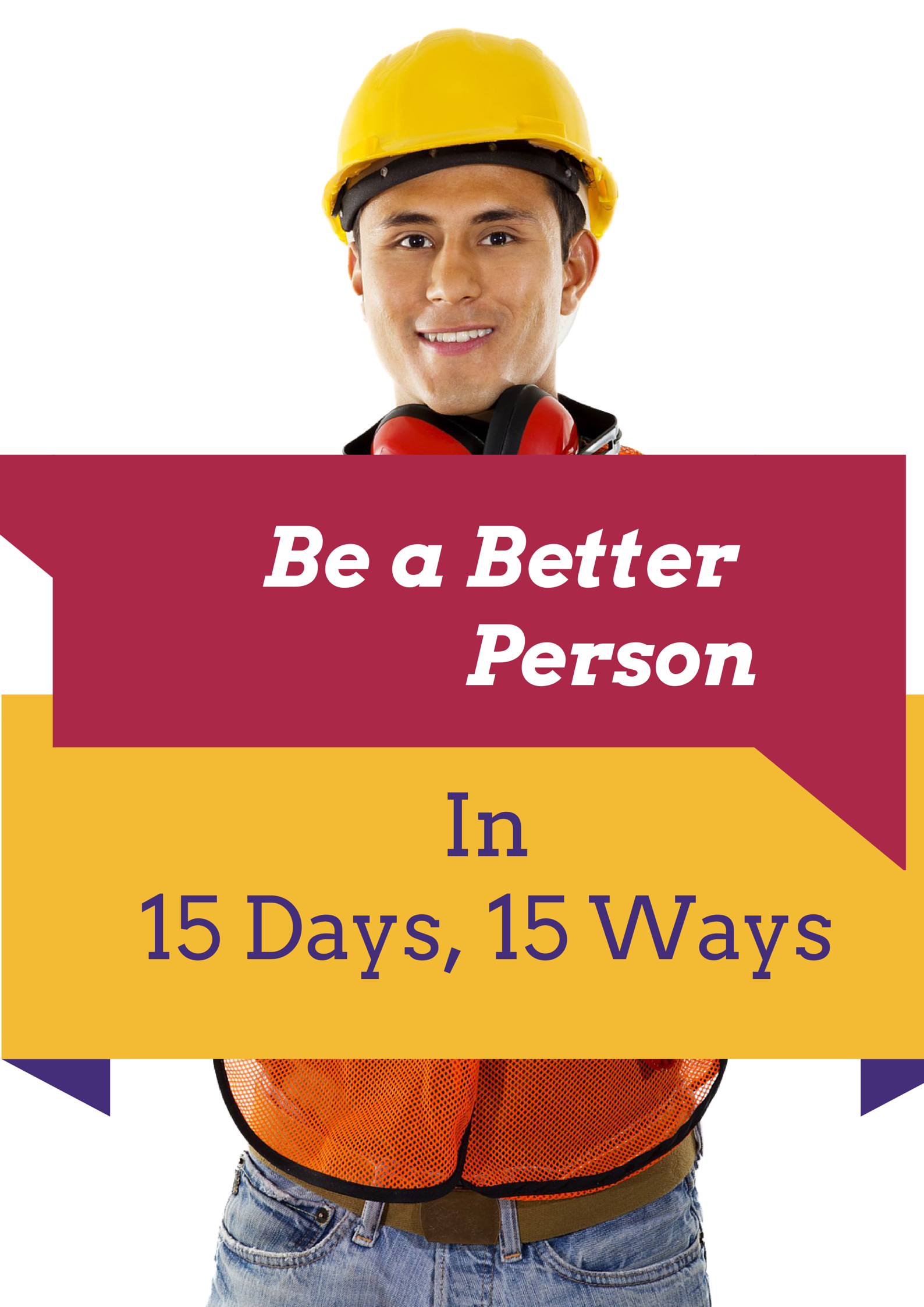 I did mention earlier that I am not a goal person. I don’t set goals. Earlier whenever I set goals i failed, multiple times and eventually I stopped setting goals. I find it perfectly well to not set a goal. Goals never made me do extra work (not that I am suggesting you not to set a goal).

My boss requires one at work, so I reluctantly put some goals in. Since our year-end appraisal depends on fulfilling those goals, we do put in a lot of effort in to setting it. Although down the line, I tend to forget those goals and work only on making my current assignments successful.

You might not agree with my goal-less approach, but believe me this works great for me when I am off pressure. I excel when pressure is not there and task is to make things better. My boss knows that very well, he’s a good manager and use me the way I liked to be used. He knows I finish off things before he expects, out of my interest.

It was an idea that occurred to me while reading a blog post at Meant to be Happy (MTBH) they listed 45 ideas to try out every day for 45 days to be a better person.

I wanted to implement those ideas one at a time every day. The reason I didn’t plan and write it down before hand as I wanted to quit any time in between without having a self-defeat feeling. So it was not a goal, rather it was just an attempt at something interesting.

So, here it goes. I continued implementing 31 ideas, one each day, for 31 days of January. I completed it without setting goal, because it gave me a feeling of accomplishment and success while doing them.

SMB was very encouraging and thought 31 days wouldn’t be enough to make her hubby a better person, I needed probably a year or more. 🙂

Day 1 – We wished happy new year to everyone (almost) on our caller list, even the ones who did hurt us in the past.
Original MTBH Idea –  Forgive those who have offended you, even if they’re not sorry

Day 2 – It was first working day of the year, and over the holidays I got mail about demise of my colleagues mom. We sent flowers to them.
Original MTBH Idea – Care how strangers feel, even if they don’t care how you feel

Day 4 – I Let an older couple go before us at our local Publix stores (our local grocer).
Original MTBH Idea –  Let the person in the checkout line behind you with only one item go before you

Day 5 – I came home at 10PM from work, working to help someone, taking time off from blog which is generally 8 PM to midnight.
Original MTBH Idea –  Give up something you love (a thing, money, time) to help someone in need

Day 6 – I gave in to SMB’s suggestion to eat out twice for the week. It was a deviation from our usual habit of eating out only once a week. She was sick and couldn’t cook.
Original MTBH Idea –  Be willing to change your mind once you see another’s opinion is better than your own

Day 7 – I took a vow not to be rude over email to anybody, something I am in-famous for, at work. I am following this change of habit ever since and I feel great to be calm and cool even when things are not right.
Original MTBH Idea –  Work on your character every single day you’re alive

Day 8 – It was a Sunday and we visited the hospital to see a friend’s new-born baby. Presented a collage few pictures taken during their pregnancy. They were very ecstatic seeing that.
Original MTBH Idea –  Visit someone in need just to say hello and give them your love

Day 9 – Called least performing subordinate in my team, had a conversation for half an hour. Motivated him to do better this year.
Original Idea –  Inspire someone else to do better

Day 10 – Typical day at work, office politics and the coffee cup talk about the boss started. I duly reminded every one not to discuss the topic. I might have been the bad guy to them that day, but to my moral, I was right.
Original MTBH Idea –  Be conscious that every word and every action is a ripple sent out into the world

Day 11 – I did say No to my boss when an additional task were getting assigned to me. Later realized that this was actually on MTBH list.
Original MTBH Idea –  Don’t say “yes” if you intend “no”.

Day 12 – ‘I do not know’ was my answer when my VP wanted an answer. I could have given a wrong answer, and he had no way to find out. Bit tough, I know, when it’s your boss’ boss who is asking.
Original MTBH Idea –  Care more about truth than your image.

Day 13 – From 13th January I stopped being mad at people who do not pick up my call at first time. I now ask them about their well-being and health the moment they pick up my next call. And, it works!
Original MTBH Idea –  Instead of getting mad at the delay, pray for the people in the accident.

Day 14 – Happened twice on a day when I gave up fighting, once on a bloggers comment and again one in the yakezie forum. Matters were subjective and opinions had to be divergent.
Original MTBH Idea –  Accept that others have a right to disagree with you.

Day 15 – Showed some extra care towards SMB by saying sorry, when she was mad at my hygiene practice. Any other day I would have tried justifying why hand towel was on our bed. She was real mad and I had a mission toward becoming a better human being.
Original MTBH Idea –  Weigh your words and actions and care how they impact others.

Shamelessly admit, I lapsed on 16th day and stopped taking notes of daily achievements ever since. I am still following those practices and we plan to continue this forever. We need to repeat the procedure a few times before they become our practice.

In February, I am on a mission to become a better person at work in terms of my value in the job I do. I shall post it soon.

Readers, what do you think about the above ways? Do you think they may help you in your life? Are you interested to become a better human being?

Some links on this page may be affiliate links, if you make a purchase following the links, I may earn a commission. Read affiliate disclosure here
« Let’s Talk About Debt
My New Blog and Blog Network »