I picked the phone reluctantly. And after a few words, I was glowing with new found knowledge that car donation is the biggest of all donation. I was reminded on phone – how millions of people can’t join work force because of lack of a car. 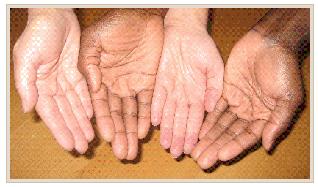 I even knew the five families, one of which will be potentially benefited by our car donation, they already shortlisted beneficiaries.

More over, caller’s non-profit organization has mechanics who can fix donated cars before distribution.

Little did I know its a scamster on the other end.
I was fortunate to check with a couple of co-workers who expressed doubts that prompted me to check over the net. And when I did, I never picked up the guy’s call again. By law you can’t deduct tax on the value of your car. You can only deduct tax on the selling price a charity gets by selling your car to needy.

A car donation, disaster relief charity or a fire fighter charity, you may have received a lot of requests for fraudulent donations in the past. You will again be approached in future, be prepared.

Here’s how you can avoid being hurt and make sure that your money reaches the real needy and not a scamster.

1. Make sure the the pickup person signs on the title paper, if they dont sign, don’t turn over the car

2. The tow truck should display the logo of the charity

5. Better go with a charity some one you know went with, preferably a local, well reputed one. Or an organization international fame, for example, Salvation Army or Goodwill.

6. If you have even a hint of doubt on a particular organization, call IRS and inquire about the charity.

Its very easy to give in to the names of Police or fire fighter organization. You think you could do something for them, right? The way they put their life in danger to protect civilians. Beware before you draw your check for a police benefit.

1. Ask for documentation, website or letters to determine the organization name, address and the group they support, whether they are local, state level or national level organization.

2. You can always inquire your local police station about the organization. To establish legitimacy of the charitable organization

3. Ask what portion of your donation would be used for the actual charity. Its a rampant practice to spend 80 – 90% of the collected fund in marketing and fund raising purposes. Its any body’s guess where the money really goes. Make sure your donation is actually making the contribution you want.

Some Tricks to avoid every possible charity scam

If someone asks for a donation, take your time and familiarize yourself with the charity before you donate.

Reject high pressure pitches. Reject them. It’s okay to hang up. A legitimate charity would respect your choice. They never apply pressure tactics.

Deny a request when made after a ‘thank you’ for a pledge you don’t remember making. Be suspicious, ask them to provide you with proper records of the past donation.

Avoid requests for cash.  Avoid giving cash donations. Write the check to the charity, not in the name of the person collecting the check from you. If you do, you may lose on tax break.

Avoid charities that offer to send a courier or overnight delivery service to collect your money.

Avoid charities that spring up overnight after natural disasters. They probably don’t have the infrastructure to get your donations to the affected area or people. Stick to the well reputed ones, like Red Cross, UNICEF, etc.

Say ‘No’ to charities that are reluctant to share IRS documents or Bylaws.

Charities that you can’t ‘Google’ are highly suspicious. An organization without a web presence is almost unthinkable these days. Any charitable organization that eyes for my money should have a web site with their complete details including the non-profit status and office bearers’ names.

I would only give to the charities with good reputation. A fly-by-night charity shouldn’t get my money. You should make it a point too.

Before donating, search for the charity in the IRS site. If the organization claims to be a 501(c)(3), they will be on this list. You can call IRS agent as well.

Readers, have you come across a charity scam or an attempt of a scam? Share your experience with us.

Some links on this page may be affiliate links, if you make a purchase following the links, I may earn a commission. Read affiliate disclosure here
« There is No Income Limit for Roth IRA Conversion As Such
Weekly Update and Gratitude »