The following is an amazing guest post from a fellow personal finance blogger. While I am on vacation let my blogger friends run the show here. 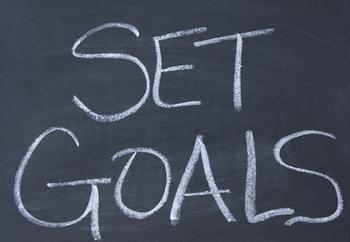 Some friends handed me the spur-of-the-moment opportunity to see the classic rock band Rush in concert a few weeks ago. At about 11 AM, friends called and asked if I wanted to tag along that same night. After politely explaining that I’m not a huge Rush fan, I recommended someone else should use that ticket. When they told me that they didn’t know any other huge fans, I jumped on board for a three hour ride to Dallas.

I’m glad I did. This concert was a huge inspiration for me and my 2013 goals.

I’ve been thinking a lot lately about what I want out of 2013. 2012 was a year of transition for me (new podcast, upgraded website, a honed focus on where I want our FFA brand to go), so it shouldn’t be surprising that this was on my mind when we entered the arena.

The stage was incredible. Rush spent a ton of time on set construction and paid great attention to the light show. There was swirling fog, lots of color and mind-bending videos in the background (looking around, it appeared lots of the people there had done some serious…er….”mind bending” around 1978 or so). Not only did Rush bring American Airlines Arena alive with music, but all of this “extra” imagery and light enhanced the show.

But that didn’t sell me on Rush. What sold was the fact that these three veteran musicians (who must be around 70 years old now), clearly loved being on stage singing, playing drums, guitar and keyboard.

Being in the financial world, I thought to myself, “What does this have to do with money?”

Initially, the answer was (of course) a big, fat “nothing.” But then it clicked: there was something awesome about this show, and it wasn’t the lights. It was the band’s love of the music that made this show hum for me. These weren’t three old men hanging on to past wins. This was a celebration of audio and the hundreds of songs they’d created, but they were still creating that night, right there, on the stage.

The music mesmerized people in the audience. Some danced. Others swayed. I saw some of the best air guitar and drums I’ve ever witnessed at a rock concert.

I thought to myself, “What would happen if we eliminated one part of the show?”

That’s when I realized: the lights and effects were clearly secondary. The key to success in the show? The music. Rush’s success playing music made me realize why so many people fail:

Most people focus first on the light show, not on the guitar, keyboard, vocals and drums.

Let’s face it: successful money management and practicing any instrument both FEEL like work. I have friends that play guitar, and the good players’ callouses are evidence that they’ve invested hundreds (maybe even thousands) of hours earning their way toward the stage. The fact that people are moved by Rush’s craft isn’t a mistake. They brought people around me to the point of tears because of that hard work.

By contrast, a light show isn’t hard work. It’s simple. Plug it in and watch the result. So are nice cars, expensive parties and exotic gifts.

Creating a light show FIRST before perfecting your income stream is a trap.

My friends are like everyone else: they’re generally visual beasts and I’m sure they love a great light show. I’ll tell you now that only trying to have “a great light show” in life is a short cut you should avoid.

What am I talking about?

I mean specifically focusing on “showing off” by acquiring nice cars, expensive clothing, great parties and exotic gifts. Those are all the “light show” of your life. They visually show everyone just how great your music is….but sadly, in many cases, what I saw as a financial advisor was that there wasn’t any real music. Or if there is, the music isn’t good, and can’t keep the light show going for very long.

Focus first on your music. How will you improve your income? What do you need to learn and apply to save money more quickly? What strategies should you use to get out of debt? …then dream about the light show. What will you purchase in 2013? Where will you travel? What baubles will make you giggle?

In my thoughts about next year, a big question I’m asking myself is: how do I create great music with my financial picture? If I can make next year the 12 month period where I step up my “guitar” practice, the “light show” experiences will become sustainable.

So for me, next year isn’t about trips, parties or extravagance. Do I want those things? Sure. But I want to build my music first.

About the Author – Joe Saul-Sehy, AKA “AverageJoe,” is co-owner (with TheOtherGuy) of the aptly named Average Joe’s Money Blog. When he isn’t reading One Cent at a Time, he’s playing board games, figuring how to get 17 year old twins through college, and asking Siri whether she loves him. Siri remains non-committal.

Some links on this page may be affiliate links, if you make a purchase following the links, I may earn a commission. Read affiliate disclosure here
« 5 Financial Mistakes to Avoid this Holiday Season
10 best practices for dividend investing »