Being fired from a job may be one of the most stressful and shameful experiences an adult may face. You want to be liked and accepted and perform well, but something just didn’t work out. 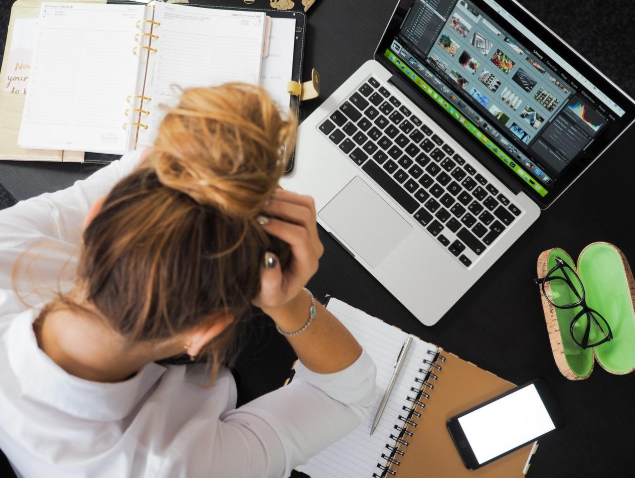 Being fired isn’t always about your performance. Sometimes the position is being dissolved; sometimes, it’s a clash between yourself and your boss. But no matter what the reason, the feeling of failure can creep in.

First things first, ask why you were fired. Ask about a possible continuation of healthcare benefits, negotiate a possible severance package, and apply for unemployment. Set yourself up to be in the best position possible to move forward.

Don’t let this step back ruin your drive, and don’t take it personally. Use this time in limbo to better yourself, learn new skills, and update that resume to attract new positions. Here, we will share a few tips on how to survive after being let go.

Use this time to learn new skills

Your resume is about to become important again, so take the time to learn new skills that you can add to it. There’s plenty of online courses out there, and many are even free that teach skills ranging from content creation, software skills, and anything in between.

Find something that interests you and is relevant to the field you will be exploring and start learning! It will also look great to recruiters that you are willing to learn and better yourself.

HubSpot Academy, LinkedIn Learning, and even Harvard have online classes and certifications to advance your career.

If you don’t already, gather your list of references to have on hand.

You could ask colleagues at your past position you had a good relationship with, former supervisors who you parted with on good terms, and even your supervisor at your last job if they could provide you a reference letter.

Having a go-to list of people you can count on to be on your side is always good to keep around, just in case you’re ever in this situation again.

Getting fired is a profoundly personal experience. In a way, it’s much like a break-up.

Things between two people, or a person and an organization, just weren’t working out.

Whether it was because of your performance or because the role was eliminated, take time to do some self-reflection.

Allow yourself to feel those emotions. It’s okay to grieve your former position, and there is a good chance it was a massive part of your life that is now missing.

Look into what went wrong, what went right, and see what you can take away from the situation.

Doing so can be painful at times, but the best way to move on is to learn how you can do better in the next role you take on.

Even if the termination was because the position ended, it’s good to look back on your experience.

Make a list of everything you accomplished, things you wish you would have done differently in hindsight, situations you think you handled well, or could have handled better.

Don’t mention you were fired in your cover letters, and don’t talk negatively of your last role

There’s no need to mention that you were fired in your cover letter.

Now, of course, when the topic comes up, don’t lie. Be upfront and honest about why your last position ended.

If part of the application asks why you’re no longer there, you can answer with a “the job ended.”

But if you’re asked directly if you were fired, you need to be honest. But don’t bash the company, the supervisors, or the role.

Use positive language when talking about the role and the reason you are no longer there.

Share the things you learned, how you grew professionally, or what you have taken away from the experience.

Learn from the past, but don’t dwell in it

After your time of self-reflection, it’s time to start moving forward.

Being fired can be humiliating, but there is a good chance that those who did the firing felt bad about having to do it. It’s not a fun experience for anyone involved.

It’s time to turn over a new leaf. Sometimes, hardship is leading the way into bigger and better things.

Have a positive outlook and get ready to move forward.

Sometimes, getting fired can be a good thing.

A study by Harvard Business Review found that out of 2,600 executives, 45% of them had experienced a significant career failure at some point. 78% of those found a new job and eventually became CEOs.

Getting fired doesn’t mean the end; it’s all about how you handle failure.

As the cliche goes, when one door closes, another one opens. And until it does, be optimistic in the hallway.

Don’t compare yourself to others

In the period of time right after being fired, social media may not be the best thing to spend your time on.

It’s easy to see your friends posting about their successes and start to feel negative about yourself.

In reality, everyone is on their own unique journey that is full of different ups and downs.

Social media is only a highlight reel of our lives and does not show the whole picture.

So, while your friend may have just gotten a promotion and bought a new car or taken an extended vacation, that doesn’t mean their life is perfect.

They may be miserable at work or lack a healthy work-life balance that is straining their relationships.

The world is full of wildly successful people who failed at some point in their life.

Walt Disney was once fired for a lack of imagination. Oprah was fired publicly for being too emotionally invested.

An executive during a screen test once wrote of Fred Astaire “Can’t sing. Can’t act. Slightly balding. Can dance a little.” Harrison Ford was told he would never succeed in film.

Experiencing failure is a part of life.

Being fired, while it feels shameful, is nothing to be ashamed about.

It may be the end of a chapter, but it isn’t the end of the book. Use it as a stepping stone onto bigger and better things.

We are all only human and experience highs and lows during our lifetimes. It’s what we make of those experiences that count.

Some links on this page may be affiliate links, if you make a purchase following the links, I may earn a commission. Read affiliate disclosure here
« How To Use A Personal Loan
5 Ways to Make Passive Income »