According to research in 2010, precious metals were some of the most lucrative assets over the previous five years – earning investors an impressive 42% return from their 2010 precious metal investments. 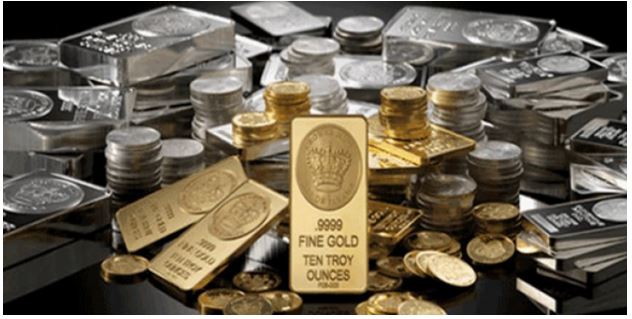 Despite these optimistic numbers, investors should research the current economy and metals market before diving into investments. The value of precious metals tends to fluctuate over time, so taking the time to consider current market trends is crucial to achieving the highest rates of returns.

Since metal value correlates inversely with economic decline, precious metal prices are currently higher than ever.

As of late, a big question on precious metal collectors’ and investors’ minds is this; what’s the better investment, gold or silver? Its a decision, Gold Vs. Silver.

Gold has traditionally been considered the better investment, as it is the only precious metal to have consistently increased in price every year for the past ten years.

Is silver a good investment? silver began to challenge gold by tripling in value during the short span of June 2009 to April 2011 to its all-time high of $49.82 per ounce.

Before you start rummaging through your silverware drawer for potential investments, be wary that silver has fallen to $35 per ounce since its high in April.

Gold or Silver, which is the better investment?

Let’s start with a price appreciation comparison between gold and silver since 1980.

Clearly gold is the winner so far. But will it be winner for next 30 years? Let’s find some more reasoning behind gold investment or silver investment.

Silver is for risk-takers. It has higher highs and lower lows. The future of silver is entirely speculative. Some expect silver’s value to rise dramatically in the coming years, due to silver’s increasing value in green energy projects (as the reflector in solar power cells).

Some claim this is silver’s lowest low for a while, a sort of calm before the silver storm. In bullish times, like today, silver prices tend to climb faster than gold.

Many analysts have declared silver as the investment of the decade and believe extreme increases in silver value are imminent. Despite these positive assumptions for silver, no one can be sure of how its value will fare in the upcoming years. 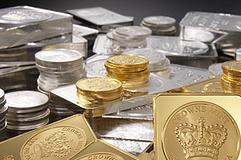 As for gold, it’s a much more stable investment. Gold’s value is generally on the rise, and its occasional dips tend to be limited. Gold is an excellent hedge against inflation, because as inflation rises and the dollar declines, gold’s value increases, in response.

Though gold is more likely to earn you stable returns, those returns tend to be slower than they might be with silver.

If you can’t decide whether you’re a high or low risk-taker, take a closer look at the advantages of investing in each metal.

Advantages to Investing in Silver

I have been buying silver since past few years through BGASC. somehow Silver is my personal favorite and I bid for it to do well in next 20 years. Better than it had performed in last 20 years.

Silver consistently performs well on the precious metals market because of its high demand in industrial applications.

Silver is also a recognized growth inhibitor for bacteria and viruses, and it can catalyze the production of new cells (for wound and bone healing) and the regeneration of lost skin.

Our twenty-first-century society is built on technology, and an increasing percentage of that technology runs on silver. In our growing techno generation, silver is becoming more and more valuable.

Governments no longer maintain silver stockpiles, and there is currently more gold being hoarded in underground bank vaults than there is existing above-ground silver.

Silver on the Market

Many also argue that being priced lower than gold, silver will have greater appeal when selling silver on the general market.

Advantages to Investing in Gold

Gold has historically been the best precious metal investment, and its enduring value is proof enough of its worth as an investment.

As previously mentioned, gold is a safeguard against inflation. When the dollar’s value is low (which it has been for nearly a decade), investors trade in cash for gold to protect their dollar’s intrinsic value.

To clarify this with an example, imagine gold is worth $10 per ounce when you buy it. If the US dollar’s value falls 10%, you’ll need $11 to buy that same ounce of gold, since the dollar has less purchasing power.

Gold and Silver are both worthwhile investments, so it’s up to you and your broker to decide which is right for you.

Gold is the more reliable investment, but silver has unlimited potential. Many precious metal investors like to split up their investments between gold and silver to earn a share of the advantages of each.

You can begin simply with your old gold jewelry and silverware, or with gold coins from reputed companies. If you’re looking for bigger and more complex investments, consult a broker for precious metal trading advice.

Readers, buying bullion is a risky proposition for your hard-earned money. I buy gold and silver from BGASC, so far I haven’t faced any problem what so ever.

Is there a better place to buy from? And the obvious question, what you think has more potential to gain in next 20/30 years? Gold or Silver?

Some links on this page may be affiliate links, if you make a purchase following the links, I may earn a commission. Read affiliate disclosure here
« How to Wash Your Car at Home To Save Money
Tax Season Tips »