My brothers and I are carriers of a relatively rare genetic disorder. It is highly unlikely to affect us. Our children will be carriers, as will their children, but it probably won’t ever be a real issue. Except for my younger brother. His wife is a carrier of the same disorder. 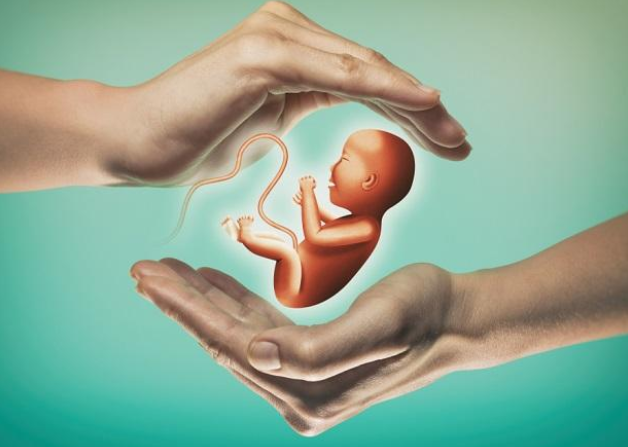 This doesn’t guarantee that their children would have the disorder. However, there is a relatively high chance that they would be born with this problem and it would severely impact their lives. Instead of trying to get pregnant the traditional way, they, therefore, turned to IVF.

With IVF, the fertilized a number of eggs externally and assessed which would likely inherit the disease.

They were left with eight viable options, one of which they then implanted to see if it would take.

The first did not, and they had to try twice more before she finally got pregnant.

The mental cost was also high, considering they not only had to stress about the possibility that they might not have children but they also had the financial burden hanging over them.

They had to dig deep into their savings to pay for it. Fortunately, they are both on upward career paths and estimate that they’ll be able to rebuild those savings. At least, until they decide to have another baby and may need to go through the process again.

How can the regular person get through this? Here’s what I’ve learned in researching the matter.

The IVF treatment cost is high, and there really is no cap for it. It was always possible that none of the initial eggs would be viable. Even though they did have options, there was the possibility that she wouldn’t get pregnant anyway. Then they would have had to start the process again, at which point the cost would have doubled. If it didn’t work that time, they would have had to pay the same amount again.

Even though they managed to get pregnant, when they next decide to have a child, it is possible that none of the remaining eggs will take, and they may have to start the process again.

$20,000 is a lot of money once-off. Having to pay it again and again quickly becomes impossible. One option that many parents-to-be can take is a medical loan.

Medical loans make it possible for anyone to try fertility treatment. These loans are, essentially, personal loans for which you do not need security. The rates you will pay depend on your credit record, your earnings, and how much you need. These loans are, however, often capped at $25,000, so find out how much treatment will cost first. My brother’s treatment costs more because of his particular circumstances, but on average fertility treatment costs $10,000 to $15,000.

But what about the mental cost of IVF treatment?

Anyone deciding on IVF treatment does need to take into account the mental cost. Of course, you are likely to have self-esteem issues, as most people who can’t go the natural route start to think of themselves as deficient in some way. This is certainly not the case, but our minds are trained to think of bearing children as something “regular” people can do. Whether or not you go with IVF treatment, this self-esteem issue can persist, and is something you should consider working through in therapy or with a coach and confidante.

IVF treatment itself provides particular mental challenges. Firstly, there’s the fear that it might not work. You stress about it constantly, not knowing that it will succeed until you get results. Then there is the burden of knowing you have spent so much money on it.

Furthermore, some people are surprisingly still ignorant about IVF treatment. My sister-in-law’s grandmother told her to leave my brother for someone who could have a natural child with her! She still sees IVF as something unnatural and even creepy. Dealing with these kinds of relatives is par for the course, but it can still hurt. Prepare yourself with information so that you are not left grappling with the facts when confronted with this ignorance.

Therapy is a good idea when going through IVF treatment, as you are going to face particular mental challenges. Don’t take your mental health for granted here.

IVF treatment is revolutionary, but it comes with high financial and mental cost. Medical loans can help you meet the former, and mental health treatments can help with the latter. Be prepared to take on these challenges as you embark on your IVF journey.

Some links on this page may be affiliate links, if you make a purchase following the links, I may earn a commission. Read affiliate disclosure here
« The 4 Stages of Financial Freedom
A Brief Guide on Automobile Loans »