I am not a business person in true sense. But, this blog is a business for me in many ways. It earns me my mortgage, taxes and insurance bills. It also filling up my retirement income. But at the same time, you may consider this a hobby that is commercialized. Whichever way you think. Starting a business to live your dream often starts with small endeavors. Careful planning, lots of enthusiasm and enough hard work. These are needed more than financial resources. 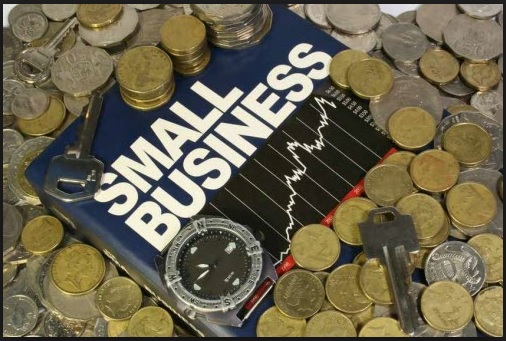 Let’s face it; as long as you are working for someone else, your future is not in your own hands. Most of us have to work to live, but there is no reason to live to work. A majority of workers dream about being their own boss, yet feel stymied when it comes to starting their own business.

Part of this trepidation comes from what we see in our daily lives and in part from the basic economic lessens we learned in school. To most people, starting a new business requires a great deal of money and a lot of risk.

While that is true for some businesses, you don’t necessarily have to take out a huge loan to live your dreams. Most people who are looking to strike out on their own spend too much time thinking about the small details. Think of the big picture instead.

The steps to starting a small business are fairly simple:

Prepare a business plan – It doesn’t have to be elaborate but it should be thorough. Include your target audience, your marketing plans and a series of goals. A lot of small businesses fail because they try to grow too quickly. Once you have a plan, stick to it.

Take care of any legal requirements – If you need a license or a permit, get them. A federal tax ID (EIN) number is a good thing to have. You’ll need one if you have any employees. If you are doing work where other people pay you for a service, an EIN will come in handy as you can provide that to your clients instead of your Social Security number. You can get one in just a couple of minutes on the IRS website.

Set up a business bank account – Even if you are the only employee, keep the business and personal finances separate. It will make it easier to chart the success of your business and will make tasks like preparing your taxes easier.

Set up your workspace – If you are going to be working from home, set aside an area to be your “office.” It can be a desk in a guest room or even the kitchen table. Just make the area easy to work in and do your work there every time. Setting a work schedule is also a good idea.

Set your prices – When you first start out, don’t be afraid to underprice yourself to a degree. Clients often worry about working with new businesses, so give them a good reason to give you a try.

Most people run into problems by trying to “create” a business. The best business comes about as a result of doing something that you enjoy and are very good at.

Natalie Reid, a wife and mother of three, was always good at saving money. She found she excelled at finding deals and stretching the family budget. After giving advice to friends, she decided to share her plans and findings with others.

She started with information about deals in her hometown of Dallas and then expanded. She eventually launched a website and Facebook page called “Coupon Crazy Mommy.” Not only does she share her tips and tricks, she receives a payment every time someone clicks on a link in her blog because she is an affiliate of other websites and companies.

Daniel Negreanu is one of the most successful poker players in the world. It is evident Daniel loves the game in addition to being highly skilled. In addition to playing poker, Negreanu has used his skill and love of the game to build a brand. He launched an instructional website.

He contributed chapters to instructional poker books and then authored one of his own. He also writes a blog which is newsy, but also helps promote his “brand.”

Michael Spinetti’s hobby was collecting casino gaming chips. His collection grew rapidly. He also found that he was very good at finding chips, often in very large quantities. He used his knowledge and knack for finding chips to launch a retail business. Spinetti’s in Las Vegas not only offers chips from his collection, but carries products designed for the recreational player’s home games and game rooms.

Barry Hansen began collecting music when he was 12 after finding a thrift store that was selling 78’s for a nickel. He began to collect the obscure, the novel and the unusual.

He eventually got a job in radio, where his often usual music selections earned him the nickname of “Dr. Demento.” His show soon went into syndication and still exists online. Demento’s record collection is said to be one of the largest in the world. The Dr. not only hosted radio shows, he has written liner notes, contributed to magazines, prepared compilation albums, and served as a music consultant.

These are just a few examples of people who have transformed their skills and unique knowledge and abilities into a business. When looking at what you need to start out on your own, remember the most valuable product you have is yourself.

Some links on this page may be affiliate links, if you make a purchase following the links, I may earn a commission. Read affiliate disclosure here
« Students Loan: Burden or Blessing
10 Tricks to Become More Productive at Work »