During my childhood, I used to collect stamps. I was quite good at it and had more than 1000 stamps. My brother has the collection now. I have a few friends who are members of numismatic society in India. If you’re a coin collector or enthusiast, or just want to start the hobby seriously, this post is for you. 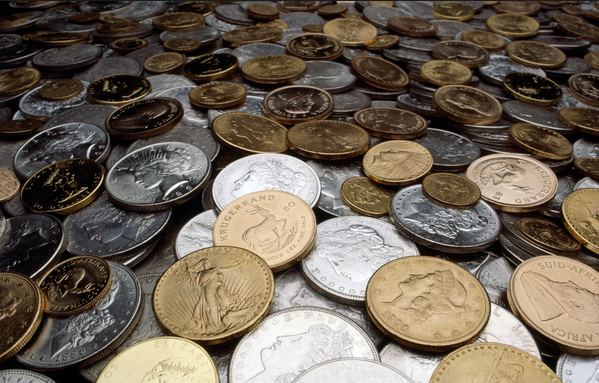 The number one type of coin that most people choose to collect is state quarters. This became a popular thing when new quarters first came out and it was said that there would be a limited number of quarters released to the public.

The reason most people choose to start with the state quarters is because there are large numbers of quarters being released daily. Sure, there are a few select quarters that are worth more because there is a misprint or it simply was a limited edition quarter. This would be a perfect spot to start when working to collect coins as a hobby.

Everyone has some sort of a collection of change. If you notice that at the end of each day there is a pocket full of change, instead of dropping it into a piggy bank for your little ones or using the money in the coin machine at your local superstore, look through your change to see if there are any coins worth anything.

Sure most coin collectors are not going to simply hand the cashier at the store a dime that’s worth so much more than ten cents though you never know. You could run across a penny, dime or even a quarter that’s worth more because of its imperfections or the date of the coin.

The one thing that most coin collectors will tell you is to get your coins sorted out and protected by way of utilizing various coin albums. Sure, you can place all your coins into their designated coin sheets and into a box or drawer but you run the risk of losing some of your coins this way.

If you want to keep all your coins together and protected, then you should invest in album collectors to keep your coins freshly sorted and safe. Each coin will have a specific place setting and this will help you to start collecting coin’s properly instead of throwing them some place not secure enough.

The reference book should be matched to the coins that you’re collecting. For instance, if you have opted to search for state quarters, you should have knowledge about this form of collecting and have information on the quarters that you’ve gathered.

The reference book or site will inform you of what to look for when it comes to state quarters that are worth more than just twenty-five cents.

There are going to be times during your collecting of coins that someone will attempt to pull a fast one on you. That’s why it’s important that you know all there is to know about coin collecting.

Suppose there’s a man who is friends with your family and he knows about your coin collecting. He might tell you that a coin is worth nearly nothing but instead you know differently. If this is the case, you already know that what he is telling you is absurd and instead you can tell him differently.

This might be something he overlooked or simply did not want to read or know because it’s a touchy subject.

Just remember that when you opted to start collecting coins, you signed up for a hobby that’s going to require more than simply depositing coins into a bank but instead you’ll be keeping track of coins.

It’s a hobby that is well worth all the time invested and if you’re doing it to make money, later on, you opted for a hobby that will repay you over and over again, if done properly.

Some links on this page may be affiliate links, if you make a purchase following the links, I may earn a commission. Read affiliate disclosure here
« Business Promotional Campaign at Less Cost
Sustainable Market Growth Means Now Is The Time To Invest »