Just as a physical moat protects a castle and keeps it thriving, an economic moat protects long-term returns, along with a company’s earnings. For example, Visa and MasterCard have a huge network of connected merchants. New competitors would have to invest a significant amount of time and money to build a similar network. In this case, the size and scope of the network is the moat. 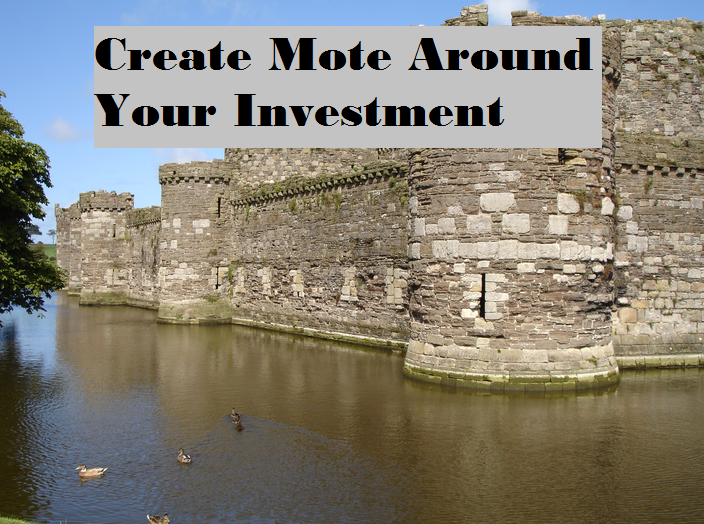 The size then makes merchants stay with Visa and MasterCard, as their scale gives them pricing power. Visa and MasterCard’s economic moat limits competition, making their earnings more consistent and predictable. Not only Visa and MasterCard, but all other moats produce returns and help protect earnings. As earnings grow over the long-term, so will the value of your investment. In this article, we will discuss how to find and analyze modern-day moats.

Analyzing a moat is not hard. Warren Buffett came up with the term “moat” in an investing context. His investing strategy mainly centers on simplicity or understanding of the business, the moat, and the valuation. We never see Warren Buffett investing in tech stocks or anything too complicated.

For example, this time of year, the NBA Playoffs are taking place. Most games are on ESPN, with some on ABC or TNT. Disney owns both ESPN and ABC. Although others also own TV channels, there is one huge difference: Sports are the one thing that none of us can stand to record, making us watch the sporting events (along with the ads).

Because all the phenomenal playoff games only play on three networks, the NBA is unlikely to switch out Disney’s networks for someone else’s, because of the known TV networks and efficiency. This inconvenience of switching leads us into the first aspect of moats:

Can consumers/customers switch out Company A for Company B very quickly?

Going back to the Visa-MasterCard example, it is very difficult for them to be replaced. The connections made with all the merchants and consumers makes it:

Consumer moats should have a powerful brand name

A brand name is one of the most distinct aspects of a moat, although it mainly applies to consumer products. Just look around on any busy street with foot traffic – most athletic shoes will have a giant check on them (Nike logo), many phones will have a silver apple with a small bite (Apple logo), and the list goes on. The distinct brand name magnifies the success of a company once they start to grow.

Nike and Apple have developed their brand name and logo, with millions of users worldwide, leading them to a powerful worldwide brand recognition. Consumers then see the popularity of Nike or Apple products and are more motivated to buy them.

In the aspects of a moat we discussed, market share is not important. It may seem odd at first that the examples I have given have come in pairs. The common perception of a moat may be a lack of competition or plenty of market share. Visa and MasterCard compete with each other, but they are practically the same, and they both have a moat over the payment industry.

Conclusion: Give your moat some time

Now that we have determined the basic aspects of a moat, the most important part is to give it time. One of my favorite Warren Buffett quotes is, “Time is the friend of a wonderful business, the enemy of the mediocre” (1989 shareholder letter).

One topic not discussed in this article is valuations. Although valuations are important, moats are even better. Later on in the same shareholder letter, Buffett writes, “It’s far better to buy a wonderful company at a fair price than a fair company at a wonderful price.”

When connecting the two quotes, we see that the wonderful moat companies will be great long-term investments. Even though the valuations may be attractive, if the company does not have a moat, it is likely not fit for the long-term.

Furthermore, don’t be afraid to pay higher multiples for moats. Just remember to know the business, think of replacement costs (whether emotional or material), and see a powerful brand name when looking for a great long-term investment.

Author Bio: John Smith is a long-term investor, who enjoys researching stocks and doing all things investing in his free time. He tries to invest like Warren Buffett and writes about anything in the world of investing on his blog, Big Analysis on Big Stocks.

Some links on this page may be affiliate links, if you make a purchase following the links, I may earn a commission. Read affiliate disclosure here
« How You Can Help The Environment
51 Cost Effective Things to do This Memorial Day »