So after about a month here’s another personal talk edition. In past one month I was away, I had been to India – my home country. Met parents. in-laws and other relatives. My mother is not keeping well which is bothering me a lot. I hope and pray that she gets well soon and lives a longer life. SMB and I returned on Christmas eve. Then we went on a short road trip to Savannah, GA  for three days, before coming back yesterday. 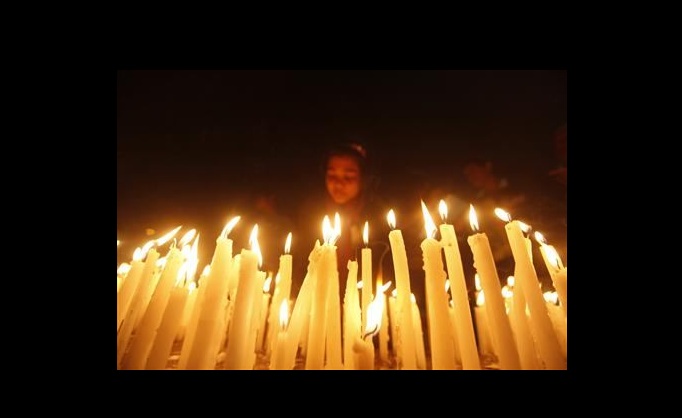 Overall, we had a satisfying break from monotone of life and I think I am energized enough to start the new year with good enthusiasm. This chit-chat is a sign that I am charged-up to get OCAAT going with new vigor.

I would like to dedicate this edition to the two most disturbing crime events that took place during my vacation. One happened in Connecticut, USA and the other happened in New Delhi, India. Both the incidents shaken up the respective countries and compelled the common people to come to the street to protest.

A 23 year old girl was enticed to board a public bus and then gang raped while the bus was in motion. All passengers in that bus were friends to each other and they had this intention when they first started driving around looking for a victim. That’s not all, she was assaulted, beaten-up and thrown out of the bus.

The girl died this week after suffering for two weeks,leaving a mourning and furious nation. At this moment India is burning for a non political cause perhaps for the first time since decades. Apparently Delhi is not only nation’s political capital, it’s also nations rape capital where daily 2 reported rapes happen. Many cases remain unreported to protect the girl from social stigma.

A country whose 30% of elected representatives have pending criminal charges, a significant number of charges against them are rape charges, seeks these representatives to amend laws that can protect women with more severe rape punishment and speeding up of the judicial procedures. Country wants their bribe-taking and thin police force (13 police for every 10,000 citizens) to protect 0.7 Billion women. I want to scream loudly, “it’s not going to happen”. It’s impossible.

A lot of news articles have been written on India’s sexual abuse problem, including this Washington post article. A lot of good and valid points were mentioned on the possible causes. Let me give my perspective here a bit. If I analyze the crime in my way,to me it has two parts. One, she was raped, and, second, she was murdered.

To me, one of the main reasons behind the first part of the crime is inequality in the society. For uneducated and poor lower class youth (often job less) the only way to enjoy company of a high society, upper class and good-looking girl is to either rape or molest her by force. Almost 90% of criminals involved in these cases are youths between 15 – 35 years of age.  The faster Indian economy grows, faster the gap between upper class and lower class widens. No matter how hard you educate them, this mentality of having a girl forcefully will continue to exist. We have to live with the fact.

You educate one generation of youth, the next generation will come up with more hunger and more lust for girls on streets. Only fear of consequences can somehow tame this heinous crime.

The reason behind second part of the crime is, immense confidence in India’s fallen law and order situation which would have ensured no action from police force. This happened on a crowded street in nation’s capital at 9 PM, I can’t imagine what goes on in rural and inner parts of the country where such crimes never get media attention. The criminals brutally assaulted the rape victim to kill her because that would have ensured no-action from police for lack of evidence and lack of identification.

Indian police is looked down upon in such manner since years. I can tell what I have seen since childhood and what I continue to see during every trip to India. The police force there are paid less so they either beg for money or rob money from public. If you go to police station to report complaint, they ask for money to lodge the case. If you break a law, easiest way out is to bribe the officer in-charge. On atleast a couple of occasions I bribed traffic police to avoid tickets. I am ashamed to admit this fact now.

The money don’t go to state, they go to policeman’s bank account. We can try to change this behavior, by changing law, changing police mentality and politicians. The whole nation is trying and praying for that post this incident.

Let rape cases be handled faster and let harshest of punishment is given to the criminals. Let police lodge every complaint and act as swiftly to catch the rapists as they did in this Delhi case, where 6 accused were brought in to custody within 3 days from different parts of the country. Let there be a 911’ish rape help line in major cities. Let the young women carry arms like Taser guns, pepper spray, etc.

In US, the recent school shooting in Connecticut and most of the public place shootings that occurred in last few years, had all been carried out by youths aged 15 -35. In all cases a commit suicide, they know American law and order system would make their escape impossible, so they don’t even try to escape.

If I compare India’s situation with that of America’s. In India the mass shooting by common people don’t really happen as there it’s not easy to procure a gun license. ordinary people don’t posses gun. Although its easy to get guns from black-market if you have money. Add to that a good-for-nothing police force, hence crime rate in India is higher than in US. On contrary in US, any one willing to kill people can do so because guns are easily available.

Even while I am not against gun law, I fail to understand how a school teacher and mother of two can procure automatic rifle that can  fire 100’s of round of bullets. How did she convince authorities to get such a license (and she had two other revolvers as well!). This part of the law certainly requires re-thinking.

A sincere request to every parent out there, hide your guns from your sons. if required have some structural changes at your home to hide the guns. Don’t let innocent budding young lives be taken away so easily. Let’s start with your home, before you question the gun law, if you have a gun hide it from your children now!

Let the new year be free of such heinous crimes, let lives be bloomed and flourished on this planet like never before. Wish you wonderful, prosperous and happy New Year!

Some links on this page may be affiliate links, if you make a purchase following the links, I may earn a commission. Read affiliate disclosure here
« 25 Frugal but Romantic Gifts for Your Spouse
How Cigarette Smoking is Injurious to your Pocket »