A lot of things changed in last 6 years since I wrote this article. We now have a new president, new policies, and priorities of his administration. Somehow I feel he’s also of the same view with which I wrote this article. this is pure imagination, “What if” scenario. Many of you expressed your views on the article, I thank you for that!

Slowly and gradually I noticed a lot of Americans are now buying American, growing American and making in America. Some started boycotting Chinese goods. More or less I still agree that in short to medium term this ban on Chinese imports would exert tremendous pressure on the world economy, a new recession will result.

But in the long run, say 15-20 years from now, the American economy will get more benefit than any of the other economies in the world if we ban Chinese imports today.

And, don’t forget, Chinese products lack quality, almost anything that I have seen has issues with them

For once, let me go out of my way and write on an imaginary situation, a ‘what if ‘ kind of world wherein US stores ‘Made in China’ goods will not be seen.

A majority of stuff in big US departmental store chains is imported from China. (imports from other countries are negligible as compared to China). From pen to the PlayBoy, name a durable merchandise at a Wal-Mart or a Target and in all probability, it will be ‘Made in China’.

Our Govt. can not take the decision to put a restriction on Chinese imports, because it will be against the order of international trade and treaties. But our stores could very well implement a ban. We as individual buyers can definitely ban Chinese products from our homes.

Now let’s get to the imaginary situation, if these big departmental stores stop importing Chinese goods, how the world will look like. 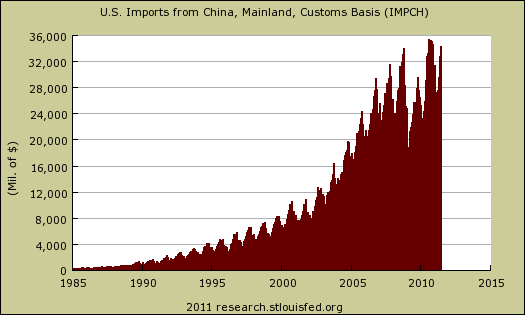 The most immediate aftermath (till first 3 years) will be raised the cost of living for us, the dishes and clothes will be costlier. In order for our kids to play, you have to shell out more money. Eventually, total US savings will erode rapidly. Many will face financial hardship.

As with every major change in the market, many of us will become poorer. Store sales will go down drastically, resulting in closing out and eventual job losses

China will start seeing trade imbalance and rapid erosion of its massive foreign currency reserve; it will start selling US bonds in revenge. Value of dollar will go down and US manufacturers will see more profit in selling stuff abroad. As Chinese economy starts going down, it will cease to be a world buyer of oil, raw materials and all other stuff that it now imports, which will make many more economies vulnerable.

American tech giants will feel the heat of retaliation from China. But honestly, do you think 1.5B people in China buying genuine copies of software? You are dreaming like me if you think that way.

In short, there will be a catastrophe in short-term and we all will feel the heat. Our spending will grow and some of us may have to tap into savings to make ends meet. But we will reuse and re-purpose our possessions and live life more frugally.

We for once can think outside of consumerism. We will use a thing till it has some value left. We will not replace slightly worn and torn products as the replacement would be costlier.

Dow will probably be below $10k mark for some time or years. But, in most likelihood, your job will be saved because of the medium to the long-term potential of job growth in the USA.

Down Side for the US economy –

In the medium term( 3 years to 10 years), a lot of local manufacturing factories will mushroom, we will have industrial belts coming up in the outskirts of the cities. Unemployment (read cause of unemployment) will drastically go down to probably sub 1%, almost all will be employed, including the people who got displaced in the immediate aftermath.

What about working for iPhone case manufacturers in Dakota and making cups and plates in North Carolina? Imagine the city of Detroit becoming double its size in next 5 years. (yes I am a populist writer!)

Because there will be jobs abound, people from other countries will migrate in greater number, resulting in increased economics, the new home sells, new car sells, greater export to other countries, stronger GDP growth. Probably we will have another boomer generation coming up.

US treasuries which were unwanted in the shorter term will now have buyers this time from within the country border, surely govt. will love it.

In the Long run (More than 10 years), welcome to wonderland where everyone has a job, a car and a home. We will have healthy wage because of the shortage of workers. 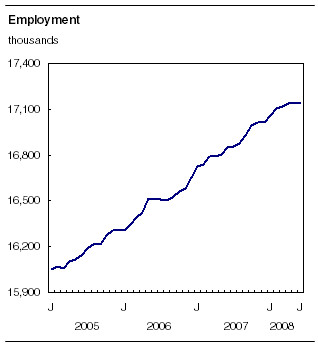 Spare a thought for Chinese workers. Following America’s success, businesses from other countries would implement similar strategies and Chinese export will sink but, Chinese population will be enough to consume all the industrial products and due to less competition, average Chinese worker’s wage will hopefully increase.

Implementation of this wonderland is a tough and herculean task. We need to help our stores implementing this, we have to stop ordering cheap Chinese goods over the internet. We have to stop buying from new stores which will be created to sell Chinese products.

It’s not about Amazon, Wal-Mart or Target, it’s about us who made these stores stack goods from countries like China, where labor is as cheap as 50C per day. This is an interesting blog dedicated to the topic in entirety. Probably it won’t be wrong saying that we are responsible for our job loss.

There might be an argument against me favoring ‘World trade’ and its principles. But, There was lesser world trade at the time of our grandparents, was the world less happy then than today? people might argue that blocking free world trade hampers innovation, but except for drugs (which is mostly not imported), which another innovation is essential for living?

Let me know how do you feel about it? Are you with me or against me? And, I have developed thick skin by now; let the talk be free-flowing.

The only aspect about which I am worried is the possibility of Chinese (supposedly state-sponsored, I heard) hacking onto my website to stop me from publishing ( the idea is very far-fetched though). I have my backup ready and its stored offline, I can recover soon. This hypothetical incident would put me in top-tier of bloggers, haha.. 🙂

Disclaimer: As I said, this article is an imagination and represents only my views, which many commentators termed “Narrow view“. It’s not influenced by any other person or organization. I didn’t receive any monetary compensation for writing this article.

This article was originally written in 2011, last edited in 2017

Some links on this page may be affiliate links, if you make a purchase following the links, I may earn a commission. Read affiliate disclosure here
« 10 Common Misconceptions About Money
3 Micro Ways to Fix Your Finances »