Originally founded under the name Opencoin, Ripple sprang into consciousness on the crypto scene in 2015. Dubbed “Bitcoin Killer”, it is currently the third-largest cryptocurrency on the market. A global survey by Deloitte shows that overall corporate blockchain investment is growing across most sectors. These recent trends have seen ripple trade at an all-time high. 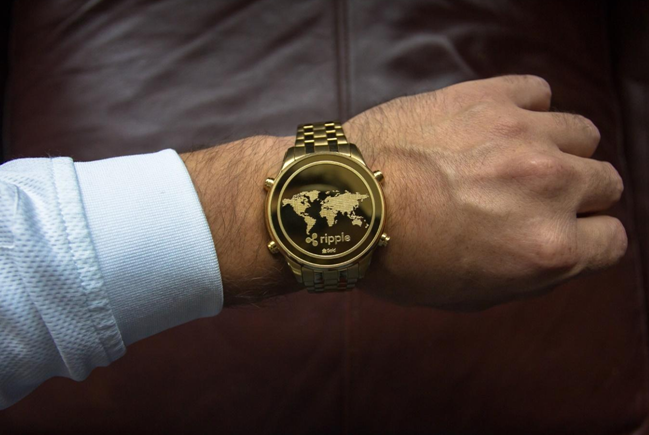 Ripple is not just a digital currency like Bitcoin, and neither is it just a platform like Ethereum. Instead, a key feature of what’s known as RippleNet is its ability to reform international payment speed and transparency.

By using the record-keeping technology of blockchain for international payments, Ripple can vastly improve the speed of transactions.

This increased speed has led to hundreds of banks and financial institutions already using the technology to improve their business.

Another key difference from Bitcoin is that Ripple is built on an already pre-mined currency called XRP, so in theory is quicker to implement.

The Ripple Foundation issues a maximum of 1 billion XRP each month, with any coins that are not used being retrieved.

It can be used at an enterprise level to provide quicker settlements. However the creators can end up with a larger percentage of the XRP repository, this, in turn, takes it away from the open-source, democratized essence that cryptocurrency is supposed to stand for.

Currently, Ripple faces huge competition against SWIFT. Dealing with most remittances, payments, and settlements (RPS), SWIFT is the known and trusted technology within the finance industry.

However, there is a big downside with transactions made using SWIFT, as they can take days to clear as well as being costly.

If banks use XRP tokens through Ripple instead of regular currency, they could save up to 60% on their transfer fees as well as being able to transact overseas instantly.

Ripple has featured in Forbes top 50 fintech companies for their innovation in 2019. The technology is rapidly progressing and as it does the market value should also follow.

Although there is no significant movement in growth, Ripple has been steady despite a fluctuating market. It is predicted that by the end of July the value may increase to $0.50 and by the end of the year be up past $0.75.

The ROI of the coin stands at 6,449.85%, so the value is there and for long term investors it could lead to a big stake in the profits.

The current value of Ripple and it’s potential for growth makes now the perfect time to invest. You can invest in Ripple by buying the currency online.

But to buy it you first need to buy another cryptocurrency to do this, as Ripple cannot be bought with regular currency. Once you have your cryptocurrency you can transfer it to XRP.

2019 looks positive for Ripple’s growth as more of the big players in the financial sector get on board with the technology.

It is already holding a strong position as third-largest cryptocurrency, if Ripple can convert customers to use its technology over SWIFT then the market share is vast.

Some links on this page may be affiliate links, if you make a purchase following the links, I may earn a commission. Read affiliate disclosure here
« What to Do if You Face Tax Charges from the IRS
Why We Invest »