If you are trying to look for an outstanding investment, then choose to invest your money in land. Why? Primarily because the land is a fixed entity, and it doesn’t go anywhere. It stays in the same place, and it doesn’t change its form, but you can expect its price and value to increase over time. 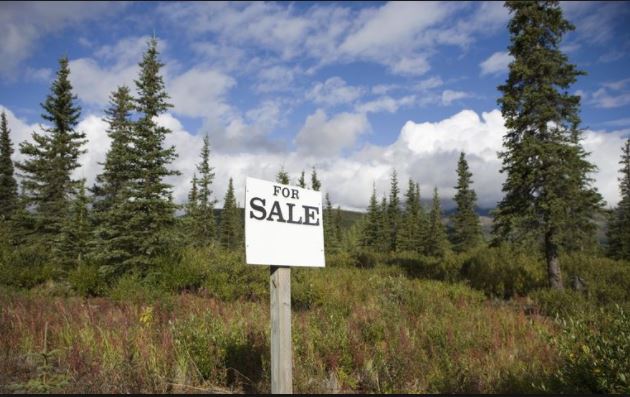 Some people think that buying land is useless because they believe it doesn’t generate enough cash. However, such logic is typically a misconception since there is serious money in investing land. You just have to know what kind of investment would work best if you use the land and patiently wait for the right time to come. On this note, here are five things you need to know before you buy land.

Besides, when buying land you have to consider various other factors including understanding the best land purchase time, type of the land, understanding of the area, and so on.

Apparently, investing in land doesn’t make you rich overnight. As a matter of fact, it would take several years, around 10 to 20 years, to make the land a profitable investment.

But the land is a great asset against inflation, and you get higher returns once you sell it to potential clients even after three or more decades. So the land investment is a long-term investment.

Take investments such as Colorado hunting ranches for sale, the value of land in Colorado goes up every year significantly. In a few years, your investment will prove its worth, and waiting even longer-term will give you a tremendous gain on your capital.

If you plan to develop the land, you may need to wait up to five years before you can start the development.

You initially have to complete all the zoning approval processes, like the municipality’s approval on the purpose of the land, and other requirements, before moving on to your plans.

If for instance, the land is too cheap, then be careful. Chances are, the land is in an area where there are many zoning restrictions, which make it difficult to develop.

Slim Feriani, ROI Land Investments Ltd. chief investment officer, suggested looking for land that hasn’t undergone zoning processes yet but is near cities that are thriving with economic activities.

This tip especially works when you have no plans of constructing anything on the land yet after you have purchased it. It’s called a construction to a permanent deal, which means you have to pay everything in cash or, at least, 30% to 50% of the total price upfront.

However, this type of loan is pretty risky primarily because there is no collateral, such as a pre-existing house that the bank can use as a hedge, so you’ll need to have something to support your credibility.

According to Bankrate.com, construction loans are short-term loans that don’t have fixed rates, implying that the interest rates fluctuate as the prime rates rise and fall.

Moreover, the bank will only release funds once the construction stages of the house or any form of an establishment are completed. When the house is completely finished, that’s the time when the loan turns into a mortgage.

In any case when you decide not to do anything with the land, then it would probably be ideal not to make it as a mortgage.

In legalese, an easement allows a person to use another person’s land for a specific purpose for a limited time.

In simplest terms, when you are granted an easement, you have the legal right to use or take advantage of the property, but the land’s owner keeps the legal title to his or her land.

Apparently, there are many forms of easements. The most common ones are legally given to utility companies that run cable lines and power lines, as well as, to your neighbors if your land is in the way of going to a public road.

Basically, easements are granted to anyone who needs to have a legal right to enter your property.

As much as possible, conduct a survey and a title search to find out if your land has easements that have been conveniently accessed by other people.

Doing your share of work can prevent you from getting into trouble. For instance, you were not aware of an easement close to your property, and you built a house on a particular land owned by someone else – that would be illegal and you might be sued for it.

Aside from these circumstances, you will also have to give beachgoers, boaters, and swimmers their legal right to access your land if it is situated on both sides of a private beach property or a waterway.

A percolation test, or more commonly known as a perc test, is conducted to measure the soil’s ability to absorb the liquid leaving the septic tank.

If for instance, your stretch of land is not covered by the municipal sewer system, then the house you plan to build on the land will need to have a septic tank, which requires a perc test.

The problem surfaces if your land fails the perc test, meaning it isn’t capable of supporting a septic tank.

When that happens, you are are not allowed to build your house or an establishment on the site, and it would be difficult to get a mortgage from the banks.

And you should also know that requirements of a septic tank installation vary from one state and municipality to another. To play it safe, try to administer a perc test on the land you wish to buy before actually buying the land.

Apart from securing a septic tank, you may need to dig a well to have a potable source of water if the land is not included in the city sewer system. As such, you’ll likely have to spend for a

As such, you’ll likely have to spend for a well-drilling, which is, at least, $8,000, depending on the method used and your location. Typically, it takes several days or weeks to drill a depth between 100 and 400 feet or even farther.

In addition to the cost of digging a well, you also need to have a budget for the water filtration system, which can cost thousands of dollars.

In some cases, a hydrant and a manmade lake are added to serve as water sources for firefighters. Pumps, a tank to contain the water, and a series of geological studies may be needed so that you can have water going to your property. And everything can cost around $50,000.

Some links on this page may be affiliate links, if you make a purchase following the links, I may earn a commission. Read affiliate disclosure here
« What is Bitcoin And Why Is It Largest Cryptocurrency?
Ways To Earn Money With your Vehicle »