Is your partner just the opposite, money wise? Does your partner spends money at the slightest whim? Do you run a bigger bill at super markets with your partner, than when you are shopping alone? Most importantly, are you worried about your partner’s money habit? 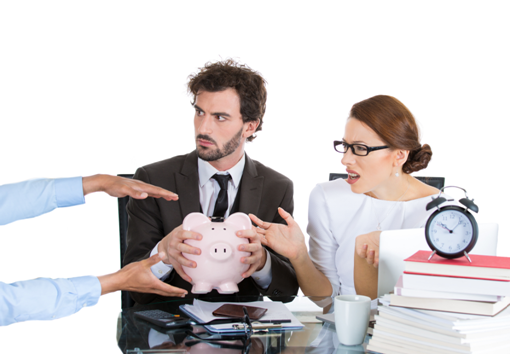 One of the hard-fact in life is that, most of us are attracted to our opposites. If you are shy and a homebody, you are most likely attracted to someone that is outgoing, bubbly, and will pull you out of your shell a bit. If you have been a saver all of your life and have no idea how to even act in a restaurant (because you’ve never wanted to shell out the money to experience one), then you might find yourself attracted to a spender that shows you how much fun spending money can be.

Savers marry spenders all the time. They know that their partner is a little reckless with money, but they are certain that they will settle down with the spending once they mature and grow. And, if they don’t change initially, you still are not all that worried because they will certainly limit their spending when you decide to start a family.

Sadly enough though, the spending often doesn’t stop. It creates a massive wedge between you and your spouse and the spender cannot often understand what the big deal is. As a saver you might be wondering, “How in the world can I tame my overspending partner? How can I get them to realize that their spending is reckless and irresponsible?”

Getting Through to an Overspending Partner

A golden rule of thumb – approach him/her lovingly, with care and with patience.

First of all, you cannot just tell someone that they are irresponsible and should stop spending so much money. They either think that you are being controlling or that you’re overreacting and this might even prompt them to spend more money (perhaps because of unhappiness in the relationship).

Most reckless spenders have a very short term mindset. They love spontaneity and live life from day to day, which is why they don’t mind spending money so quickly. It gives them pleasure in the short term, which is really all that matters to them.

In order to get through to your partner, you need to begin asking them questions about the future. Where do they see themselves in 10 years? When would they like to retire? What would they like to do when they retire? Bring them into the long-term and have them brainstorm with you about how fabulous both of you would like your future to be.

After reflecting on these conversations for a couple of weeks, ask your partner how much they think you both would need in order to live that lifestyle. More than likely, they will either give you a blank stare or accuse you of being too money-centered (because they have no idea what the answer is, but they don’t want to tell you that), but this will at least prompt some thought about their future (whether they let you in on their thoughts or not).

On your own, do your best to figure out how much money it would take to live the lifestyle that your partner desires and let him/her in on this number. Then let them know what you are on track to save by that point in the future (which I suspect is far lower than this number). It still might not take, but at least your partner is now aware that if he/she continues to spend money like water, they won’t be living as they desire in the future.

If your partner is willing, sit down and work out a budget together that will ultimately get you to your goals. If they are serious about changing their spending habits, then you can both refer to that budget whenever you need to purchase something and see if it aligns with what you both agreed to spend. If it does not align, then neither of you should spend that money. Again, this isn’t a foolproof plan, but if it even works a little you will be on your way to a better financial future.

Do you currently have a partner that spends too much? How have you tried to tame their spending?

Some links on this page may be affiliate links, if you make a purchase following the links, I may earn a commission. Read affiliate disclosure here
« Right Mindset and Right Tool To Better Your Finances
Some Second Income Ideas »