This is an imaginative, what-if post. We don’t have child to drop at school. But what if you have a child and want to, for a change,  impart some early/basic financial lessons in your child? What would you do? What other parents do? Let’s see what I came up on this aspect. 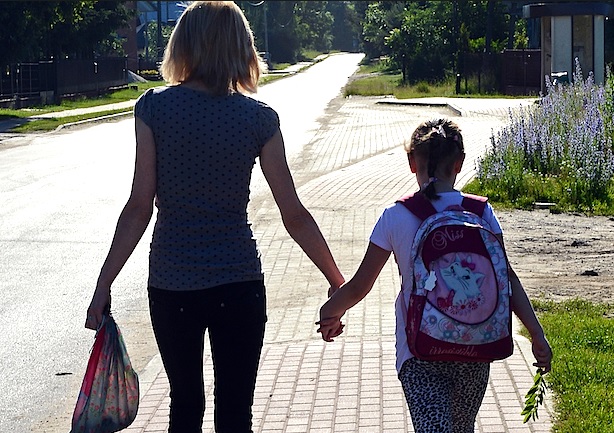 Given that – depending on where you are in the world – the amount of time you spend in your car daily may add up to more than 10% of a day’s hours, it makes sense to conclude that some of the quality daily conversations could and should take place in cars.

It’s great fun chatting with your children when sending them to school. The anxiety (dread or boredom, depending on your child) of having to go to school makes great stimulus for interesting and unexpectedly insightful exchanges with your child. It being a daily routine also makes it a useful – though underrated – parenting opportunity.

The thing about car conversations is that they are informal. That is something that will always put children at ease. This is a great tactic for easing in difficult parental conversation topics. Having said that, bear in mind that it may not be the most comfortable location too. Parenting conversational techniques notwithstanding, speaking casually about a serious topic doesn’t render the topic less serious but instead renders it more accessible and approachable.

While your child isn’t consciously aware of this effect, they often react and respond to it proactively – they take cues from these conversations to build up their opinions and impressions on their parents. Things may seem inconsequential, but to a child forming his/her personality and character this is one of the fastest live learning methods and experiences.

A lot of parents seem to think that the key to effective and productive conversations with their children is the topic. That is a very restrictive and to a certain extent disrespectful notion. Children are impressionable and are often opinionated. The key is how to bring it out of them and grant them the confidence to express it.

Knowing this, it is worthwhile to reflect on how to utilize car conversations when sending children to school to talk about finances with a child.

There are a few angles that parents can use to do this – allowance, chores, soliciting feedback on a family expenditure.

Allowance is an easy entry point and first-touch point to talk about money and finances. Depending on where you are in the world, you may belong to parents who prefer giving daily allowances as opposed to weekly or even monthly allowances. There are two aspects of allowances that can give you an angle to talk about finances – schedule and amount.  They are further elaborated below:

The conversations on the above points can take place at any opportune time during the drive to school. Leverage on your allowance schedule for approach.

In between these conversations, make sure you make it a habit to go back to a certain expense your child has made (buying a CD for example) and check on their opinion of their purchase – whether it was worth the money or not. This way they will realize that you are concerned not just for their financial well-being, but also you have an interest in their interests and how they express or find themselves through it.

Chores are a very useful and handy parenting tool. It serves a few different purposes in one go – responsibility and character development, housework and also resource and time management. It is highly efficient and effective.

Many parents leverage on chores to justify giving extra allowances to their children should the need arises to teach them the value of money. It has been empirically proven effective.

While this isn’t as commonly practiced as the above two angles, in essence it is similar despite not directly affecting your child.

It takes a more open and bold parent to solicit feedback and opinions on a family expenditure from their child. However, the intangibles of this practice do yield great results over a longer period of time.

The key in all this is attitude.

Parents must be willing to concede that their child may not conform to their own adult ideals and principles and values. When the child sees that the parents think out loud and engage them, the child will feel that such attitude, approach or thought process is part of growing up. They will pick this up naturally.

Another key thing is opportunity. Adults must learn to be aware of their surroundings and affect the surroundings so that it will be a trigger for them to raise the topics of money and finances to their children in different ways.

As mentioned before, this is probably the first meaningful conversation your child will have for the day. If you get it right, the child will reinforce his/her understanding throughout the day and reward you handsomely in the future.

For all you know, one day it’ll be them who will be starting the conversations and driving it. When that happens, you’ll know that you’ve done it right.

Some links on this page may be affiliate links, if you make a purchase following the links, I may earn a commission. Read affiliate disclosure here
« Five Ways to Improve Your Home That Is Cheaper Than a New TV
How to Enjoy Ibiza on a Budget »