Sometimes I play video games and I am kind of one game player. I love my Star Wars game, I don’t play anything else.  I never tried to earn money playing it but, yes, you can earn money playing games, others are making a lot of money already and you too can catch up. I am drawing a simple analogy, the way professional sportsmen and women earn money, online e-gamers too can make money. The philosophy is simple, if you can get enough followers to watch you and follow your moves and choices, then people and businesses should offer money to endorse their products and services.

Skill and marketability matters in online gaming world. Professional gaming is catching up with mainstream sports and ardent gamers are enhancing their skills. Universities started offering scholaships for e-gamers. There are sites out there to teach you how to make money by playing video games.

Generally, the gaming world is in direct contrast of the working world. Usually associated with the introverted teenager or negligent adult who is wasteful with their free time. However, breaking all stereotypes, the two worlds are beginning to merge, with gaming now a practical career to the skilled joy stick holder and places of work integrating gaming as an alternative to the hourly lunch break, the disparate domains are slowly becoming one.

I’ve listed the methods that have worked however, these are not sure-fire formula and also not the only techniques out there, they are just what have worked for me. Be sure to do your own extra research, to maximize your extra income.

Not everyone but, I am sure, if you live and dream video games, you can earn some money. How much you earn depends on how good you can play.

By Being a champion gamer

Sites like Litcoin let you compete with other players in games like, league of legends, counter strikes, etc. You will earn in Bitcoin which can be exchanged at shops for real goods and stuffs.

Sites like Major League gaming provides all of its users access to tournaments and leagues. if you win you will earn money in real currency. Almost all of the famous games have a league/championship for its players to compete in.

Sites like Swagbucks and Inbox Dollars pay when you play games using their links. Once you sign-up, you’ll receive many offers. Simple start playing and watch your accounts accumulate money.

There are dedicated sites that offer you sign up bonus and rewards when you play games. Here’s list of 11 sites that pay for playing video games.

With almost all online games, one has an account. Within that account there are certain accolades to acquire, in game currencies, items, so and so forth, with there being a differentiation in each game. The more hours you have put into a game, the more prosperous your account is likely to be, in turn raising its value. 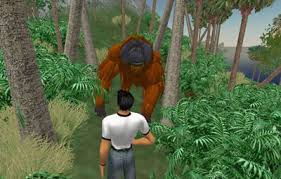 Many lazy gamers are not willing to put in the hours of work to create a successful account and would much rather buy the account. This has created the niche of many account selling sites, like the leagueoftrading – which specialises in league of legends accounts. If you cannot find a site specific to your game, throw an ad on eBay, you’d be surprised how quickly they sell.

There are certain guidelines that you should follow when buying/selling your online game accounts. Sites like eBay doesn’t allow selling of virtual property as they are more prone to fraud. Websites such as Armory Bids or Player Auctions exist and see regular trading of accounts. You can fetch real money selling your virtual characters as well through these sites.

When you’re buying stuff, do check with terms of your game, whether buying stuff from someone else is legal before you buy.

People may also sell properties in virtual world. Gamers who play Second Life can develop virtual land properties and sell them other gamers on monthly rent or at a one time cost. There is real money in virtual world and there are people who made millions selling virtual properties.

Games where you can build on something that is already provided, and if you market it enough, other gamers would be interested to pay your property a visit. If they like it, it becomes famous. And eventually there will be buyers knocking on your virtual account for a sell.

Games like Entropia, Arcadia are prime examples where you can buy/sell your virtual property for real money.

Now, this method, isn’t as universal as the others featured on the list. Although, they all require some level of gaming ability, this requires expertise. As with any field, people pay top dollar for good coaching, let me reiterate, good coaching!

Not anyone can do this, you have to be able to compete with the top players in the world at your game, if this is you, scour Google for coaching in your game and get yourself advertised. Boosting, however, can be done by anyone.

For those who are not aware, boosting is assisting other players in multi-player games, so they can reach achievements and rank higher on leaderboards.

The act of boosting has become taboo in most games, meaning players are willing to pay more for those that are willing to assist them. Similar to coaching, search google for boosting in your game. Here’s more info on making money by coaching video game players.

This method is the most time consuming and requires a vast amount of dedication, also, it has the highest percentage of failure in comparison to others listed.But if you get a success, this will earn maximum money for you.

The YouTube technique involves; creating a YouTube account, recording gameplay of your chosen game, editing said gameplay and adding narration so that it is now entertaining and informative, uploading the video to YouTube and waiting for the views to roll in. See, time consuming.

Industry is also very saturated, meaning you would have to create something astonishing to stand out. Nonetheless, if you make it here, the rewards are insane. The most subscribed youtuber in the world, just plays video games and is now a multi-millionaire. This guy, a 24-year-old Swede named Felix Kjellberg, better known by his YouTube handle, PewDiePie makes millions every year by running ads on his your tube videos. They are nothing but Gameplay videos with some acting and humor added in.

Can you be one? 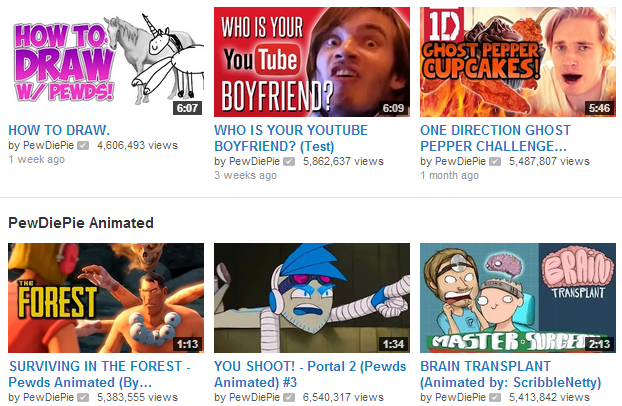 Testing Games before they release

A fairly self-explanatory procedure, game developers sometimes need outside testers to come and try their games. If the bragging rights of playing a game yet to be released wasn’t enough, you are also paid to do so.

But it’s not as rewarding as the other ones mentioned above, testing a game to find bug may not seem interesting to many, as opposed to playing for fun.

Whatever way you make money gaming, remember earning from a virtual world is taxable in real world. You can’t escape that. Earning money in a legitimate way is always rewarding so, go for it! If you love games, why not earn while you enjoy playing.

Some links on this page may be affiliate links, if you make a purchase following the links, I may earn a commission. Read affiliate disclosure here
« How to Negotiate Salary at a New Job
When Money Is Everything: How to Financially Prepare for Divorce »