Retirement is more a state of mind than anything else. Traditionally, an age for retirement was considered based on the ability of a person to work and handle work-related stress easily without the effect of the same becoming much of a burden on the health of the person. Thus most often the age for retirement would be either of 58 years or 60 years. 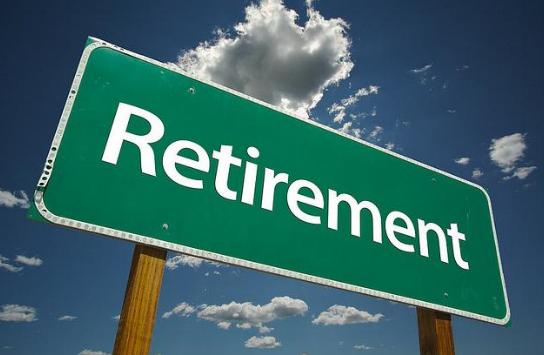 Most people who are planning to retire early or those who have retired early are generally people who have found alternate part-time work or have taken up work as consultants and thus they have been able to leave the general 9 AM to 5 PM work culture and enjoy a retired life earlier than their contemporaries.

The first key habit that needs to be developed is the habit of saving. A person who starts saving early will, in due course of time, retire early too.

As the person will have enough in the bank account to invest in annuities or similar retirement plans.

Starting saving also helps a person in having a saving to spending ratio lower than a person who decides to start saving later.

The second most important thing to ensure early retirement is the payment of debts.

Once you retire, you no longer have access to a steady source of income and thus paying off debts and loans can become a problem.

Thus it is mandatory for any person who is planning to retire early, to ensure that debts are paid off well in time.

During retirement, one should not worry about any leftover debts to pay. The slate should be clean. Once a steady income source has ended you don’t want any expenditure to go to pay off debts.

In simpler words what a certain amount of money can buy today will generally be lesser 10 years hence.

This is very important as any retirement planning that does not take inflation into account will face problems in the future.

The person planning to retire must look into the inflation trends and make sure that the increase in the value of products due to inflation is covered in the retirement plan.

The last and possibly the most important aspect of planning an early retirement is the kind of investments. Savings are great but they cannot cover the expenses of a person for a lifetime.

Investments are the key to generating wealth from the wealth already earned by a person. This also ensures that even when the person is not working his or her accumulated wealth is generating more wealth for the person.

There are many types of investment that a person, planning to retire can look into. The risk appetite of the person is also important as there are multiple classes of investments with different levels of risks associated with them.

The high risk and moderate risk investments like the stock market and mutual funds generally give great returns but at times some invested money can be lost as well.

The investments with lower risks like fixed deposits etc. are way safer when the security of the amount invested is taken into consideration but the returns are also considerably lower on these investments.

Proper planning is very important. Associating the correct amount of funds to investments of different risk groups generally helps in creating a retirement fund that can help a person make the most out of the funds invested.

Thus the person can take the step of retiring early without worrying much.

Even until the last generation, people would think of making savings for retirement pretty late in their life but now the thought process is changing fast and people are planning their retirement in the 40s itself.

The ways to retiring early are many and varied but definitely, the most important thing is the perspective of the person who is planning to retire.

Whether they are ready to quit the work they are doing and are ready financially to support the many years left in their life.

Along with their expenses, the expenses of their dependents also need to be taken care of.

So it goes without saying that an ample amount of planning is required before one can plan to retire.

Some links on this page may be affiliate links, if you make a purchase following the links, I may earn a commission. Read affiliate disclosure here
« The Do’s and Don’ts of Baby Related Shopping
Having A Baby? Are You Financially Prepared? »