If you hold any kind of investments, the movements of the financial markets are relevant to you. Even if you don’t have investments which you manage yourself, the chances are that you have a retirement fund of some kind which will be affected by financial market, economy and monetary policy. 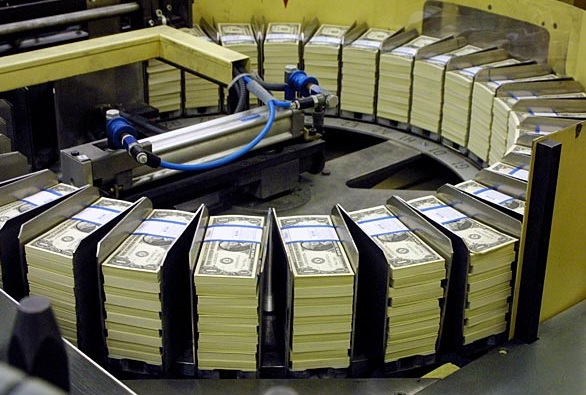 Since the 2008 financial crisis, governments worldwide have taken steps to try to boost the economy. But have these steps worked? The financial press is full of talk of tapering, but what does it mean? And what exactly is quantitative easing (QE) and what does it mean for you?

QE is used to describe the situation where central banks make money electronically then use this money to buy assets, thus injecting money into the economy.  This is in response to the sharp fall in demand observed because consumers and businesses reduce their spending in a recession. The basic aim is to increase spending and ensure that inflation is kept on-target.

Central banks (the Federal Reserve in the U.S.) buy assets from private sector businesses including high-street banks, pension funds and also non-financial companies. Most of the assets purchased are government bonds.  When the bank buys assets in bulk this increases their price and reduces their yield. This means that the return on those particular assets falls which encourages the asset-sellers to invest in other assets with a higher return.

As asset sales increase, this pushes prices up and yields down. The result of lower yields is cheaper borrowing for both individuals and businesses which means that consumers have more money to spend and invest. You can keep track of your investments by using specialised financial software such as that provided by Sungard.com/APT.

Central banks also buy private debt such as corporate bonds. The aim of this is to boost capital markets, making it easier for companies to raise money.

Another effect of QE is that asset sales mean that more money ends up in commercial banks. This money can then be used to finance new loans and further boost the economy.

When central banks decide to decrease the amount of money they are injecting into the economy through QE, this is known as tapering. Rather than stopping the cash injection suddenly, the amount is gradually reduced so as to prevent too much of a shock to the economy.

What does it mean for you?

Many companies have been hoarding their profits rather than spending them. Whilst it is good to be prudent, we need those who can afford it to start spending and put some money back into the economy. Enormous amounts of the world’s wealth lie dormant and unused and this is not good for recovery.

Likewise, QE has led to more money ending up in commercial banks. Unfortunately this increased cash pot has not been used as much as it could have been to finance new loans and boost the economy. Many people have argued that banks which have been bailed out by taxpayers should be forced to lend, rather than squirreling the money away. So, although the banks are doing better, this may not make it easier for you to get a personal or business loan.

One of the results of QE is that investors have been forced to move from bonds to stocks in order to realise a decent return on their investment capital. Now more than ever, it is important to optimize your portfolio on a regular basis. Strong economic results in the USA and UK lead to fears that tapering will begin and interest rates may be raised. This causes a slump in global stock markets which can affect your investments. There will be market uncertainty as long as we have to speculate when the Federal Reserve will start to reduce its QE program.

QE is largely experimental and some commentators have stressed the fact that it tends to benefit those who are already well-off. It has been suggested that, instead of the government using taxpayer money to buy assets, they could instead distribute the money to taxpayers. This would boost the economy by allowing “normal” people to spend more and put money back into the economy this way instead.

What do you think? Is there an alternative to QE to get the global economy back on track?

Readers, this was slightly off from the core personal finance or personal well being topics, but we do post such topics here sometimes. Here’s the category page for articles on economy.

Some links on this page may be affiliate links, if you make a purchase following the links, I may earn a commission. Read affiliate disclosure here
« Some Ways to Maximize Coupon Benefits
Great DIY Gift for the Holidays »