You’ll agree that one part of the corporate system that has really contributed to the development of the general global economy is the banking sector, and that’s because of lending money to people who then invest and further contribute to economic expansion. 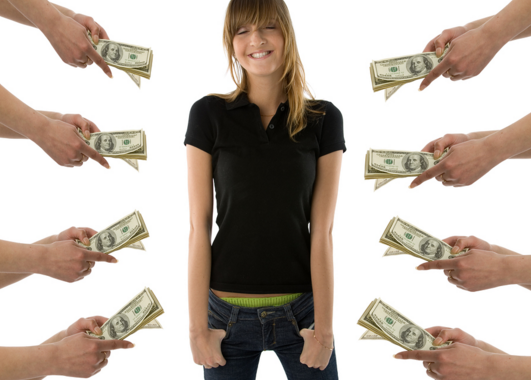 However, it’s worth noting that banks are no longer the sole lenders. Lending and borrowing have gone online too.

So, why in this whole white world should you borrow money from anyone? It’s a question that many people tend to ask, but that’s before they learn the real truth about borrowing. Here are a few facts to ponder:

Look at it this way: You have a deal that requires you to source for an item worth $500 and sells it for $800.

However, you don’t have the $500 to purchase the said item, but you can borrow the money at 20% interest, meaning that you would have to pay back a total of $600 to the lender.

In that case, it would be prudent to borrow the money, buy the item, sell, and make a gross profit of $200. Therefore, the cost of borrowing to close the deal is much better than the opportunity cost.

You Achieve Your Objectives Faster and More Easily

You understand that it could take a while to save up enough money to buy an item or reach the target capital to start a business.

However, if you borrow money, you could very well achieve your objectives faster and pay back later in installments while you enjoy ownership of the item bought or investment made.

Borrowing to buy on the spot is also much easier and cheaper than buying stuff on hire purchase.

It Can Have a Very Positive Impact on Business Expansion

Take a case whereby you want to expand your business enterprise but you don’t have enough additional capital to pull off the plan. You could opt to get into debt to accomplish this plan.

You realize that increasing the capital investment in business expansion also boosts the overall sales and popularity of your enterprise, especially if you’re opening up new branches in new locations.

That accounts for more business success, and it’s something that you definitely want.

In fact, the even better advantage in this borrowing plan is that you can repay the money borrowed with the profits generated from the investment rather than having to tap into other sources of income like your salary or profits from other investments.

In essence, you borrow some money and pay back the lender using its own generated profits and with zero cost on your side. That’s a pure genius!

The simple facts above work to argue that having to borrow money isn’t such a bad idea after all. It’s the reasons behind the borrowing and how you use that money that makes all the difference.

Some links on this page may be affiliate links, if you make a purchase following the links, I may earn a commission. Read affiliate disclosure here
« Tips to Revamp Your Resume
10 Things You Should Know about Choosing a Debt Consolidation Company »