This is a guest blog from one of our readers. Please enjoy the post which talks about her financial mistake, that she did while staying in India, and the learning from that incident. Even though the incident took place in India, this might happen to you in any country. So, special attention is needed when you invest your hear-earned money.

My name is Seemantani Sharma. I am a 30-year old Ph.D. in law student at a prominent Australian university. So far life has been good. I have lived in three countries, traveled to several countries for business, have a career which I enjoy, have a great family and a decent net worth for my age. 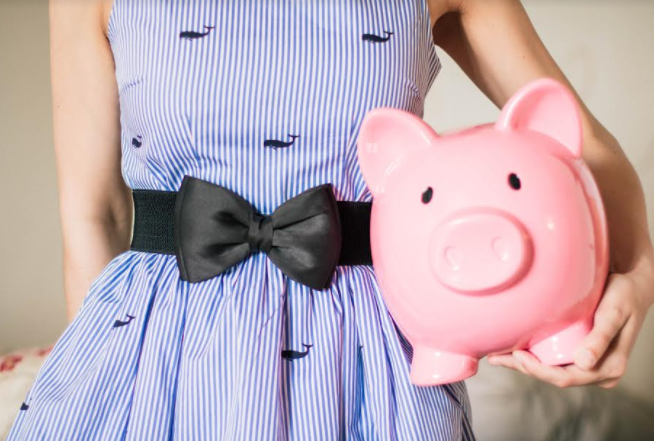 Nevertheless, as I reached my 27th birthday, I realized that something was missing. I was just 27 but was starting to feel burnt out. I was drinking coffee more than drinking water.

For a while, I had lost my peripheral vision. I had put on a lot of weight. Had lost touch with my friends and family.

That was also the time I was losing a lot of money. Clients faulted on their payments, investments tanked, people cheated.

The problem was that in all these cases, it was my fault. I was too gullible to trust these people with my money.

More than being gullible, I simply lacked the knowledge about various investment products.

For example, I ended up buying an endowment policy on the representation of an agent.

This endowment policy was sold to me as some exotic investment opportunity with included a high-yielding fixed deposit plus insurance benefit.

Not being diligent about investments

Around June 2016, I was visiting India after nearly two years. In the past two years, I had worked part-time as a law researcher at George Washington University while completing my studies.

It was big money for me at that time as I had just graduated and had managed to save that much money on a student job salary and that too in a little less than two years.

I was thrilled about the idea of investing money. It thought it would be a good idea for me to put all my money in a fixed deposit.

During my visit to India in 2016, I made the customary trip to my bank.

As I entered the bank premises, I saw a man with a board stating, “fixed deposit + insurance – guaranteed returns of 9% – 10%”. I made some inquiries with the man sitting there.

He sounded genuine and told me that that this particular investment product was suitable for someone like me who was quite risk-averse.

He was quite pushy and tried convincing me to invest my money in that financial product.

Even though I had my checkbook, I did not give him the check with the requisite amount.

I lied to him and told him that I had left the checkbook at home.

Over the next 2-3 days, he called me at least 30-40 times selling his product. I was stupid to give my number to him.

I made some informal inquiries at my bank which is one of India’s top nationalized banks i.e Punjab National Bank.

They told me that the investment was quite safe. Further, that man was selling the financial product inside PNB’s premises.

Three days after my initial trip to the bank, this agent came to my house and said, “Ma’am, today is the last date to invest money in this scheme.”

Being somewhat gullible and extremely pressed for time, I handed him a check of Rs. 5 lakhs.

He said that the offer document would be sent directly from PNB Metlife’s head-office in Mumbai to my permanent address in India within one week.

This incident happened on 1st June 2016.

Until then, I had not received that offer document. I called up this man several times but he didn’t take my calls. Someone picked up his cellphone and said he was quite unwell.

Not wanting to bother a sick man, I left for KL on 8th June 2016 without receiving that document.

As I reached KL, it was a different life altogether. I worked extremely long hours and was traveling overseas for nearly 20-25 days of the month. Even though I was based in KL, I was hardly there.

While I was working very hard, financial planning or financial management was the last thing on my mind. There used to be times when I even used to forget checking my salary account.

I was “busy” working and had no time for money management.

Finally, around 2018, when things started to slow down a bit, I started focussing on financial management. I was around 28 years at that time. I remembered about the PNB Metlife investment.

I called up my mum in India to check whether she had ever received the offer document. Because such a long time had passed since that incident, we could not trace that document.

In fact, to date, we don’t know whether we received that offer document or not.  After several heated email exchanges with PNB Metlife, I realized that I was duped.

That man, the insurance sales person, wasn’t a PNB Metlife agent. He was an impostor.

PNB Metlife only received part of the money (around 2 lakhs) against an endowment policy which had a 10-year lock-in period rather than a high return fixed deposit as represented by the agent.

An endowment policy, as some may know is a mix between an investment product and an insurance policy.

It is probably the worst form of investment as your principal is locked-in for 10 years without yielding any interest or in certain cases only 1-3 % interest.

To cut my losses, I surrendered that policy in 2019 at a loss. From that investment itself, I lost around Rs. 4 lakhs since I had paid the annual premiums as well.

Around the same time, I had lost money on other investments as well, simply because I had invested in them without conducting due diligence.

I was not so upset about losing money but was quite pissed at my stupidity. How could have I entrusted someone blindly with financial matters?

The PNB Metlife Insurance incident was the turning point of my life.

I took a vow not to trust anyone with financial matters.

It also got me thinking that if I was a reasonably savvy investor and a lawyer had failed to conduct due diligence; what must be the plight of other women particularly women who are not as educated or financially literate.

Anyway, I took that incident as a learning opportunity. I decided to educate myself about personal finance as much as possible.

I poured through books after books. I read around 400-500 books on personal finance, investing, financial planning, and the like within 3-4 months. I subscribed to all possible personal finance blogs, journals, and newsletters.

They had actively ignored their financial being due to time constraints and didn’t feel equipped. Some were quite gullible, like my former self who could easily trust anyone with financial matters.

I wanted to do something about the lack of financial literacy in women but wasn’t exactly sure what?

Blogging was one of the ideas but its exact dynamics were not clear to me. In early 2020, I came in touch with Sudipto and he encouraged me to give blogging a try.

Finally, in March 2020, I decided to start a financial literacy blog for women. This blog aims to decode the fundamentals of personal finance in a jargon-free language for millennial Indian women and NRI women.

About the guest blogger – PERSONAL FINANCE FOR HER is India’s first personal finance blog which is specifically geared towards millennial women. This blog aims to decode the fundamentals of personal finance in a jargon-free language for millennial Indian women and NRI women.

Some links on this page may be affiliate links, if you make a purchase following the links, I may earn a commission. Read affiliate disclosure here
« Safeguard Investment Accounts From Identity Theft
How Loans Can Hurt and Help Your Credit Score »