Even in the hard economic times and the high levels of unemployment, innovative minds have been able to come up with some of the most bizarre ventures that offer lucrative pays. Below are some of the ten most paying jobs yet risky to undertake;

This particular venture is renowned world wide as having killed more people than other job ever has. Mishaps have however been common occurrences that have resulted 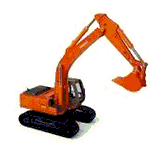 in the miners having to be buried alive in most cases with minimal chances of survival or being rescued. The pay however is what makes the risk worth taking which lies at an average figure of $4000 per month.

When convicted criminals are set free on bail, they are required not to go beyond agreed on boundaries in bid to limit their capability of being able to evade the law. Should the convicts decide to escape beyond their stipulated jurisdictions, then the expertise of the bounty hunters is sort. Since the convict may not be willing to be taken back, the task normally proves to be quite cumbersome. The rate of pay for the hunter is usually set within a 10-45% of the bail that is required of the convict. The bounty hunter is therefore able to make more than a staggering $100,000 within a year.

As the name suggests, the employee is required to capture mostly the crocodiles and bring them into captivity for economical purposes. The task is never an easy one thus the pay of close to $100,000 to woo the daredevils to try their lack.

This field has been able to come up with some of the most fascinating products like the log cabins that are usually used for vacation through the mountains. The involved employees are however the most vulnerable with the rate of deaths escalating annually. The pay lies at a whooping $60k yearly.

Many states keep discovering oil and so does the need for more workers to facilitate the processes involved in making it consumer friendly. The job however requires long working hours in the harshest of environment though the set salary of $60-$100K tends to be consoling for the efforts employed.

Of all the astronauts launched into space, 5% of them all have been reported to have faced their demise while in their varied ventures. Those at ground level too have been reported to face risks from the shuttles that fail to launch to space and thus crash back to base causing massive deaths. The pay for this maximum risk however lies at $130,000 yearly.

Being a chef in the waters most definitely has a lot of goodies to offer the privileged few. There is the $50000 allowance for merely showing up which collectively with other allowances plus the basic pay resulting in a net $200000.

As per Wikipedia, “Over 80% of these deaths are caused by drowning or hypothermia. The fishermen are also susceptible to crippling injuries caused by working with heavy machinery and gear”.

It takes lot more than just guts to deliver in this type of job of heading where others seems to be evading thus the net pay of approximately $46K annually.

Having to maintain the growth of varied plants under set conditions implies exposure to hazardous set of conditions for the concerned thus the annual pay of $30000 to keep cater to their well-being.

The above data is collected based on the Bureau of Labor Statistics published figures. With out own estimate of risk involved. You may not find Fireman or power grid line workers here. Probably those are the riskiest jobs out there. But, the above listing also takes care of the compensation ranking. I may need to add the average compensation rate to each of the items.

Readers, do you happen to work in any of these profession? Or know some one who does? Please share your views

Some links on this page may be affiliate links, if you make a purchase following the links, I may earn a commission. Read affiliate disclosure here
« 10 Retirement Plan Mistakes to Avoid
Monthly Blog Report – July 2012 »