Regular readers will know that we bought our first home in August 2014. Immediately after getting the keys, I started with the interior painting. It did save cost and also I learned a new skill. I was happy. But, the happiness was short-lived, one evening while returning to our apartment after painting job, I got a traffic ticket. I was doing a 55 on a 40 MPH road. That it was a speed trap was well known but still I wasn’t concentrating on my speed. A momentary loss of concentration cost us $158. 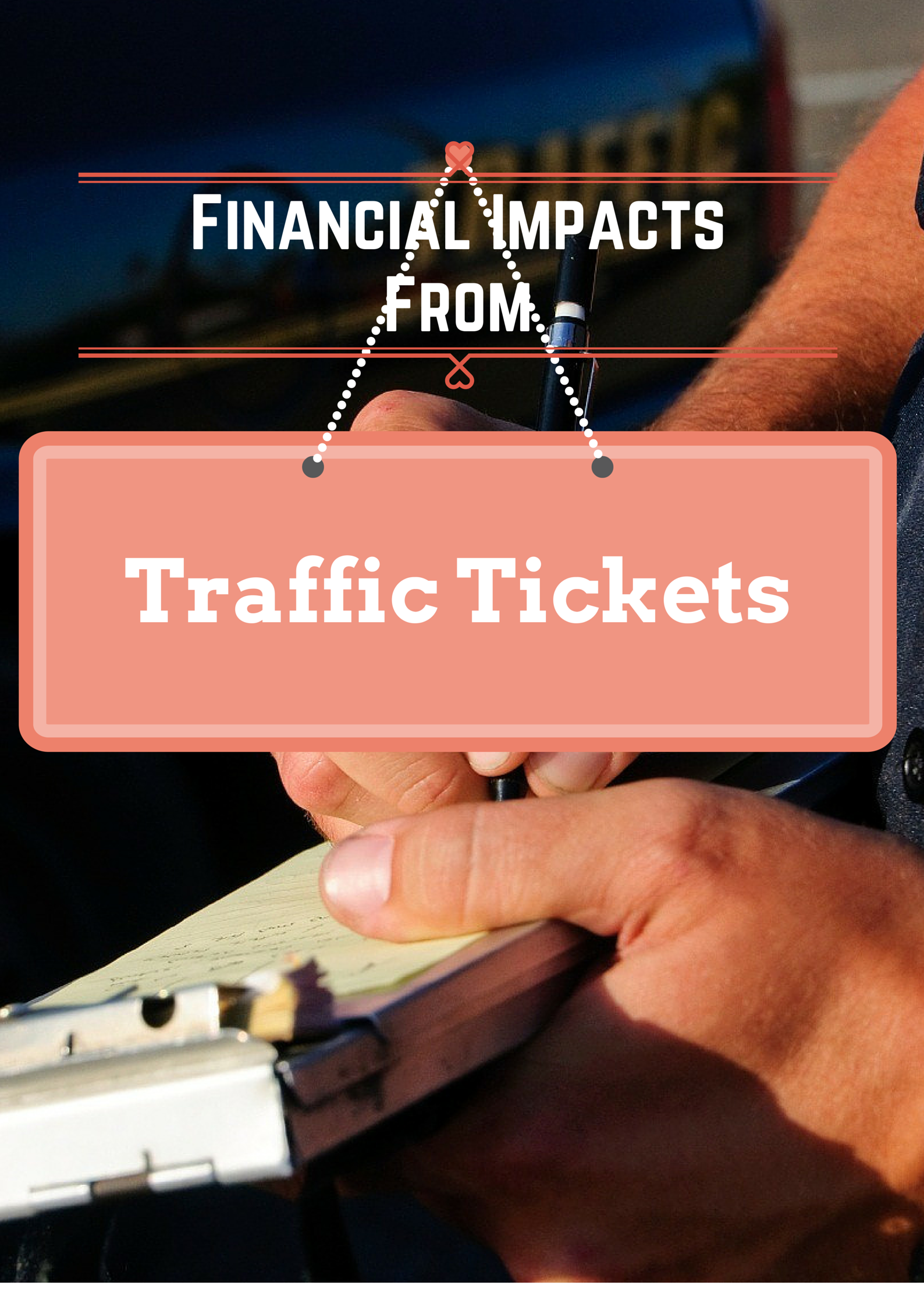 $158 is the cheapest cost I paid. Had I neglected, I’d have ended up paying a lot more. There is some cost of moving violation that is not very well-known to all. So, this blog is dedicated to educating people on the various cost of traffic tickets.

Moving violations occur when the vehicle is in operation. Even a single moving violation can have a major impact on everything from your bank balance to a new job search, so it’s vital that you know the traffic laws and strive to follow them.

The Most Common Violations

Failure to note and follow a posted speed limit is the number one cause of most moving violations. Minor speeding, a definition that varies by state and location, usually results in a fine. Excessive speeds or speeding through special zones, such as a school zone, can also earn you a reckless driving ticket. Anything from as low as 1 mph over the speed limit can be considered speeding and the points quickly add up. In some states, like NY, driving between 1-10 mph over the limit can get you up to 3 points, and if you do 40+ over the limit, you’re looking at 11 points- the magic number for license suspension.

Distracted driving, which includes primarily texting while driving (TWD) and using a handheld device while driving among other common driving distraction, ranks very high in common moving violations. Many drivers consider themselves multi-taskers and think they are completely capable of tending to important tasks while driving, like responding to an email or phone call. The reality is that it is far more dangerous than it seems and causes many deaths, hence, law enforcement officials are cracking down on this infraction with stricter laws and stiffer penalties.

This violation applies to both stop signs, intersections, crosswalks, lights and railroad crossings. It can also apply if you fail to stop for or yield to a pedestrian, emergency vehicle, or stopped a school bus. It is easier than many drivers realize to be found guilty of this infraction, as the definition of failing to stop means failing to come to a complete stop. With more cities switching to red light cameras, citations for this offense are on the rise.

We’re not talking about the fun kind, tailgating parties, social events that involve consuming alcoholic beverages and grilling food, usually in the parking lots at stadiums and arenas. We’re talking about driving too close to another vehicle, which can result in an accident; so it’s no surprise that this is a common violation facing a stiff penalty. Slow down and give other drivers plenty of room on the road.

Reckless driving is a catch-all for all sorts of unsafe driving behaviors. Excessive speeding, weaving in and out of traffic, tailgating, running lights, and distracted driving can all result in a reckless driving citation. This one is not merely a traffic infraction, but rather a criminal violation which, like DWI, can result in terrible long-lasting consequences, like loss of driving privileges, a criminal record for life, loss of employment, and more.

Points and Fines: What to Expect

The points and fine systems vary by state. Points are placed on your license, and amassing too many points can result in a suspension of your driving privileges. Generally, the more severe the violation, the more points received and the higher the fine.

For example, in Delaware, you can receive three points for running a stop sign, but it can result in a six-point violation if you passed a stopped school bus with its stop sign out. Points can also depend on the severity of the violation. In the same state, going 10 miles per hour over the speed limit is only a two-point violation, while going more than 20 miles per hour over the limit is 5 points and it may result in a suspended license.

“A new development in DMV’s driver improvement bureau”, cautions NY ticket lawyer Zev Goldstein, Esq., “now allows the DMV to use traffic conviction on your record for up to 25 years to see if you are a safe driver, so it is of utmost importance to keep a clean record.”

Insurance rates are also affected by each moving violation. The more violations or points on your record, the higher your cost to insure. Depending on the state, points can stay on your record for two to five years, resulting in higher insurance for this entire period. If you fail to pay the fine or associated court costs on time, a moving violation can also have a negative impact on your credit score.

My insurance premium was increased by $90/6 months, after a ticket. You can lower your premium by comparison shopping, though, but it’ll take at least a year. When you meet with a severe accident where you’re at fault insurance premium really goes up much higher. One of my colleagues was at fault in an accident where both the cars were totaled. His premium almost increased by 50%.

Even in many states, unpaid traffic ticket can penalize with imprisonment. Even when you decide to fight your ticket in court, do a regular follow up with your lawyer. your county website should also show the result of your appeal. Make sure the case is dismissed in your favor. If not, you should pay the fine immediately to stop further impact on your finances.

Fine and Loss of driving privilege

Fines and loss of driving privileges aren’t your only concern. Severe violations in some states, such as reckless driving, DUI, or texting and driving, can also carry criminal charges. Both points and charges can show up on a background check, which can impact your job or job search.

Some links on this page may be affiliate links, if you make a purchase following the links, I may earn a commission. Read affiliate disclosure here
« Days of Clipping Coupons are Over with Smart Phones
Some Wonderful Money Saving Ideas to Follow Every Month »