In recent past we have seen gold prices coming down and it is predicted to come down further by the year-end. where as wine as an investment is gaining momentum and expected to increase further,as per Bloomberg news. Enjoy this guest post which discusses this matter further. 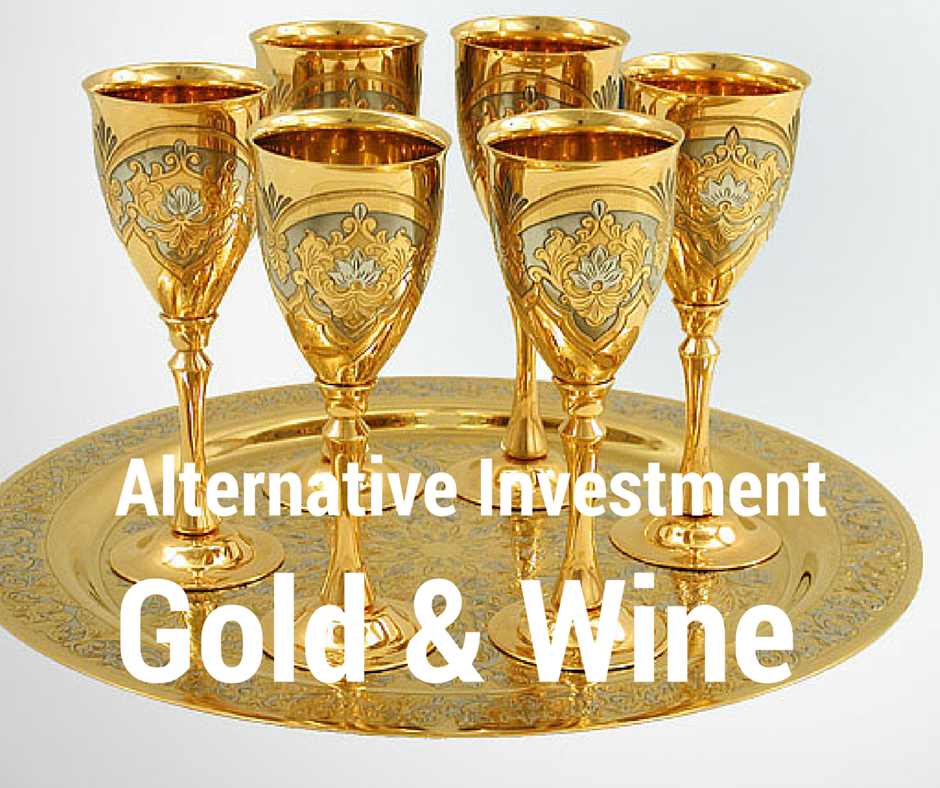 Gold and Wine that have been tracking each other’s prices for over a decade have finally diverged. As a result, it is essential to analyze the reasons behind this trend as several investors are losing faith in bullion.

The gold and wine prices have been tracking each other for well over a decade now. However, the demand for these assets is now diverging from their former trend, as the gold bullion slumped down into a bearish market.

Investors have been losing faith in the yellow metal as a storehouse of wealth. In the previous 10 years, the LIVX 100 which is the premier index for fine wine, rose over three times while gold went on to gain four times for the same duration.

While experts are of the opinion that the yellow metal may drop to about $1000 an ounce by the end of the year, leading to a 21 percent loss, the outlook for wine on the other hand is much pleasant with an expected rise of about 8 percent by 2014.

A look at gold and wine

Over the past decade, the bond yields were tumbling to a low bottom, the equities too were spiraling down, and the central banks all over the world were busy flooding the markets with unprecedented levels of quantitative easing.

Gold on the other hand held firm with gold ETFs that exceeded the reserves of almost all the Central Bank reserves of the world. It is important to understand what the deviation of these physical assets actually means.

It is well understood that both Gold and Wine are two different commodities with a unique intrinsic value pertaining to each asset.

However, the general trend in a poor economy favors wine. This is exactly what we are observing at this juncture, as the governments worldwide are busy flooding the markets with paper currency. This is something that may lead to a severe inflation if not checked in time.

The price of gold

The value of gold fell for the first time in January this year, after having the longest bull market in over 9 decades. Later this April, the prices slumped below the previous low observed in September 2011.

Wine on the other hand lost by about 29 percent since 2011, and currently is priced at about 276. Experts believe that it may scale up to about 300 by the end of this fiscal year. Both wine and gold began 2013 with about 3 percent drop for S&Ps and about 10 percent gain in MSCI.

As per the LIVX 100, which tracks over 100 prominent and sought after varieties of wine, the fine wine trade has been valued at over $4 billion globally.

About 9 to 10 percent of this value is transacted through auctions. Gold on the other hand, is traded at an average of about $34.5 billion on a daily basis.

Experts are of the opinion that if the present trend continues, the precious metal may trade well below the $1000 mark in a matter of only 5 years. Similarly, they also opine that the rally in wine will not continue for a long time, as the current rise in the prices is probably due to the correction in the prices.

Loosing value of gold is actually good news for me. We can continue to invest in gold as long as it is in affordable range.

Here’s my question to you, do you have any investment in wine or gold? Are you planning to shuffle your investment to go with the new trend?

Some links on this page may be affiliate links, if you make a purchase following the links, I may earn a commission. Read affiliate disclosure here
« Planning for money and Wealth Inheritance
How I Turned My Impulse Buying Into Saving »