I am a smoker, let me start with this self-derogatory statement. In the past, I tried to stop the habit numerous times. Even SMB threatened me to leave a number of times unless I quit. I didn’t stop the habit neither did SMB left me. Although I am not a resolution or a goal man to have a new year resolution but, I have a short resolution that I’ll try my best to quit. That’s why this post has got year’s first post slot. 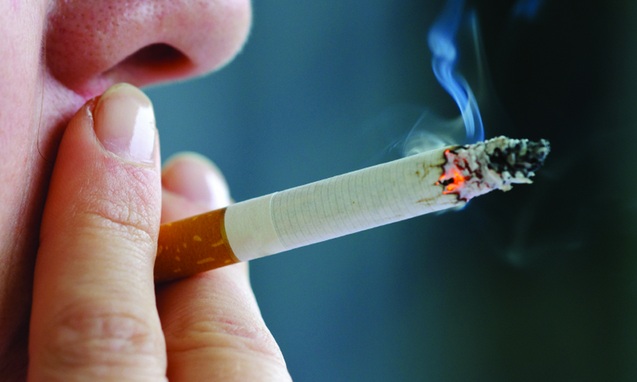 Health wise perhaps my lungs are now black with a thick layer of nicotine around it. I cough very often and sometimes feel pain in the chest. I think it’s time to put in another effort at quitting. I have heard about those portable vaporizers that are trending right now due to its popularity of becoming a healthier alternative to smoking and a good way to the path of actually quitting.

Sometimes, when I sit back enjoying a cigarette on my porch, I wonder  if a cigarette is really all worth it.  I asked myself, “why had I ever smoked that first cigarette?” and to me, the answer seems as clear as a bleak and smoky sky with a hot magenta sun in a forest fire.

Clearly, it was peer pressure, for I derive no real joy or fulfillment from puffing on a lit stick of tobacco, paper, and cotton.  It is nothing more than a quick answer to a persistently repeating rhetorical question. As I take the last fleeting puffs from the cigarette smoldering its brand name and encroaching on the filter, I consider the financial costs of this filthy habit.

The demonization of cigarette smoking in the general population’s opinion has made for more stringent taxation as well as stricter policies for tobacco companies.  This, in turn, drives the cost of cigarettes, and to a certain degree, this is well welcomed as a prerogative to quit. The average price of a pack of cigarettes in the US is $6.61 meaning each stick on average costs around $0.33.

In comparison, four cigarettes can amount to a can of soda with a few cents to spare, which although not necessarily healthy is less lethal than two cigarettes. American smokers smoking a pack a day end up spending around  $46.27 every week on their habit and about $2,412.65 every year.  Now since this is an average price for a survey done by the 51 states (counting Washington DC as its own state) the total price may vary, especially with the ever-rising cost of cigarettes.

A smoker who has been in the habit for 10 years would have spent $24,126.50 which is comparable to a reasonably well new car. We bought our brand new Camry for $28,000 in 2011. Now, I don’t smoke a pack a day but still, I already paid a lot for buying cigarettes. I have been smoking since 2005. In last 7 years, I must have spent a fortune. I would have invested the money in a college fund or simple retirement fund instead.

Still, I wonder why I smoke as I toss the glowing brown cigarette butt to the ground and extinguish its embers with a prompt stomp and twist of my boot, why do I feel compelled to continue this habit? It is nothing more than a hostage situation and me, the captor, has fallen into Stockholm syndrome.

Because the cost of smoking does not stop with the price of the packs of cigarettes, it extends into daily behavior to get the cigarettes as well.  For instance, as a smoker, it is much more difficult to get good coverage from health insurance without high monthly premiums and higher deductibles, and this does not include life-threatening illnesses that are directly caused by smoking.

For my group health insurance there is a non-tobacco-user discount of $20 per paycheck, and, I can’t avail it. Costing me $520 (I get paid bi-weekly) per year in less income which can be added to the smoking cost.

In the more mundane it also costs more money than one would expect, sometimes running out of cigarettes means driving miles to a gas station. In the workplace, it hinders a worker’s ability to work to their fullest.  When a worker adds up the total time spent on 5-minute smoke breaks it amounts to around 6 hours and 40 minutes every month (that’s 4, 5-minute breaks).

Honestly, however, a smoke break is not just 5 minutes, especially since most workplaces are now smoke-free, so a smoker has to walk off the premises just to spark up. This drop in worker productivity may threaten one’s job as nonsmokers do not have to go on smoke breaks every few hours or so. For me, it takes up to 8 minutes to come back to my seat. My manager is aware of the fact but I am lucky that he never objected to it.

In reality, smoking a pack a day is not a good measure of how much one smokes. Sometimes on really stressful days this can be two packs and when your buddies bum a smoke a pack easily gets finished before the day is said and done. Becoming a smoker has given me many obligations to my health, wallet, and relationships to name a few. I continue on with belligerence with the habit, wondering when I can finally stop.

Unlike alcohol and a host of other psychotropic substances, cigarettes and nicotine do not enhance or change one’s perception.  Smokers smoke just to get by, to scratch that itch, and muffle that constant nagging in their minds.

By becoming a smoker I was sure I would be one of the outcasts of society, a gray figure that some people openly ridicule in the street and others pity. I’m stuck in a nicotine dream, a nightmare of sorts that brings me back to that silvery smoke issuing from a cherry red ember in my waking hours.

Even after thinking about and describing the ills of smoking, the mere description of smoking makes me want to go to the porch, put a cigarette between my lips click my lighter and take a long satisfying drag as the ember inches toward the filter. I can only imagine what $6.61 every day could go to, maybe even a cheap meal; but until then I’m going to spend it on a box of 20 cancer sticks just for the heck of it.

Readers, if you are a smoker, calculate your true cost of smoking, including money spent on actual cigarette packets, extra gasoline, loss of working hours, social stigma, suffering in a relationship and yes the gums you use to get rid of the smell, that has a cost too. When you add everything up, the figure may seem messy. Can you quit instead? And I’ll try too.

Some links on this page may be affiliate links, if you make a purchase following the links, I may earn a commission. Read affiliate disclosure here
« Weekend Chit-Chat on Two Disturbing Recent Crimes
10 Habits of Wealthy and Successful People that we all Know »