According to a new report from TransUnion, the burden of student loans on young people, ages 20 through 29, is much heavier than it was for that age group a decade ago. On average, a twenty-something today has about $25,000 in student loan debt. 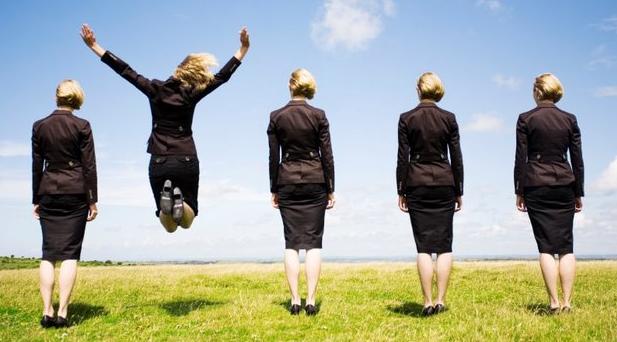 That is up about $10,000 from 2005. There are several reasons for that according to some economists and financial experts but it is a point of common observation that the consistent uprising in student loans is mainly due to the poor management of debt by the individuals and stringent monetary policies adopted by the state.

In order to eradicate the burden of student loans and making it more effective, students have to take initiative in combating this situation by efficiently managing the debt and using it for productive purposes.

For some, student loans were a necessary burden during college which led to a better paying job in the field of their choice. Too many student loans develop a feeling of free money available to students at their disposal or just something to deal with after graduation. No matter what the perspective is, the student loan is causing individuals to start drowning in debt and getting stressed when they are unable to pay off.

According to recent research, average student in the United States graduate with the debt of around $40,000 in student loans, and those who continued higher degrees and witched to majors or went back to school that number gets significantly larger. In fact, according to the Federal Reserve Board Survey of Consumer Finances, almost 19 percent of borrowers owe $50,000 and above (with 5.6 percent owing over $100,000).

There is no doubt that study can improve one’s finances and but generally we know quite a lot of people who owe so much debt with no real earnings to make up for that. An enormous amount of satisfaction is a guarantee as result of learning but that would only be possible if the burden of debt is not that gigantic which seems so inevitable. Too much debt acquired specifically for learning would be a great step-change as the probable outcome of higher education would enable higher future income prospects.

Simply leaving education for debt is not the way to go as the cost of acquiring higher education costs more and that dropping it half way as much as completing it. Students who dropped out in 2009 owed almost three quarters as much ($13,200) on average as students who completed their graduation ($18,000).

BORROW AS MUCH AS YOU CAN PAY:

No doubt student loans are the cheapest loans around. They are usually interest-free and people also obtain the advantage of the federal student loan forgiveness programs where they have to repay comparatively less. But that certainly does not mean that one should start acquiring it without having a specific purpose in mind as this scheme is not designed for borrowing for unconstructive purposes.  People having the probability of not being able to pay off the loans in the future mustn’t take it as this will only pile up the debt burden and they would end up doing refinancing and hedging their loans that can never remove the debt but can only make it easier.

UNPAID STUDENT LOAN DOES NOT AFFECT THE ABILITY TO GET CREDIT:

It is a common perception among individuals that if they are in engaged in student loans than their credit getting ability gets weaker and they are not able to get loans for housing and car etc. But that is not the case as student loans are not the usual kind of loans and credit lending agencies prioritize people who have pounded on student loans and they would not necessarily be at a disadvantage. The most important factor that is considered in lending by the agencies is the income of the individual to meet the repayments of along with all the other costs of living.

PAY YOUR DEBT AS FAST AS YOU CAN:

In order to make your debt useful it is advised to start repaying the debt as early as they become due simply because paying late or not paying at all is not a healthy sign whether it’s a student loan or any other kind of debt one has to be punctual in debt repayment. The biggest drawback of paying late or not paying at all is its direct implication on the credit score which ,if, goes down causes difficulty in getting new loans or increasing your credit limit. Another obvious effect is the heavy penalties and interest charges that are accrued increasing your financial burden. Tackle this up by setting automatic payments with your bank.

By considering the above facts one can manage his or her debt more efficiently and the burden of debt can become a blessing because in this day and age avoiding debt is not the way to go achievement is how you manage the debt in a more effective manner!

Some links on this page may be affiliate links, if you make a purchase following the links, I may earn a commission. Read affiliate disclosure here
« Inappropriate Questions At Interviews
The Key To Being Your Own Boss: Do What You Know and Love »