International money transfers have a long and interesting history. From coinage that was difficult to agree upon to a swift click of a button on your smartphone, sending money abroad has become almost frictionless. 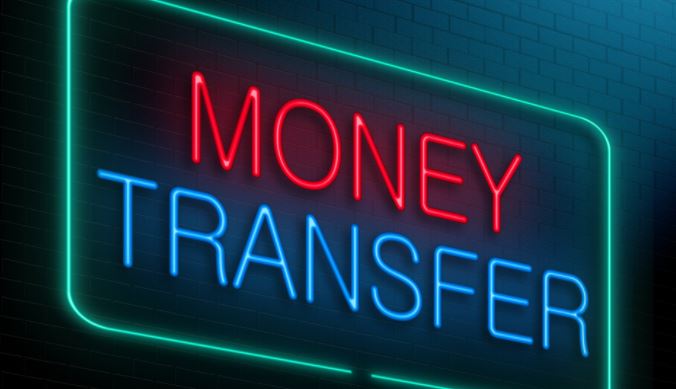 Globalization and standardizing currency is at the backbone of effortless trading, for which the evolution has arched since 3000 BC. Let’s have a look at its timeline, before looking to see the most efficient ways to transfer money abroad today.

It would be crazy to look at the above timeline and to think that people were still using bartering in 1,400 AD when international banking had been invented. Most people were not still using bartering unless modern systems simply weren’t available (i.e. Amazonian tribes). What is absurd then, is that people still use the international banking system that was invented in the 15th century (and updated to SWIFT in1970s) for today’s overseas transfers, despite several new inventions since then.

It’s not that people are even fully aware of the new methods, or they’re perceived to be more difficult than they are. Many boomers simply rely on these traditional methods of visiting a bank branch or a post office for currency exchange.

The inefficiencies of cash and banking

Whilst most banks in the major economies have options for online banking, there are still plenty that operates predominantly in-branch. In-branch often means with cash, although you can of course deal in cheques, as well as ordering online payments in person. 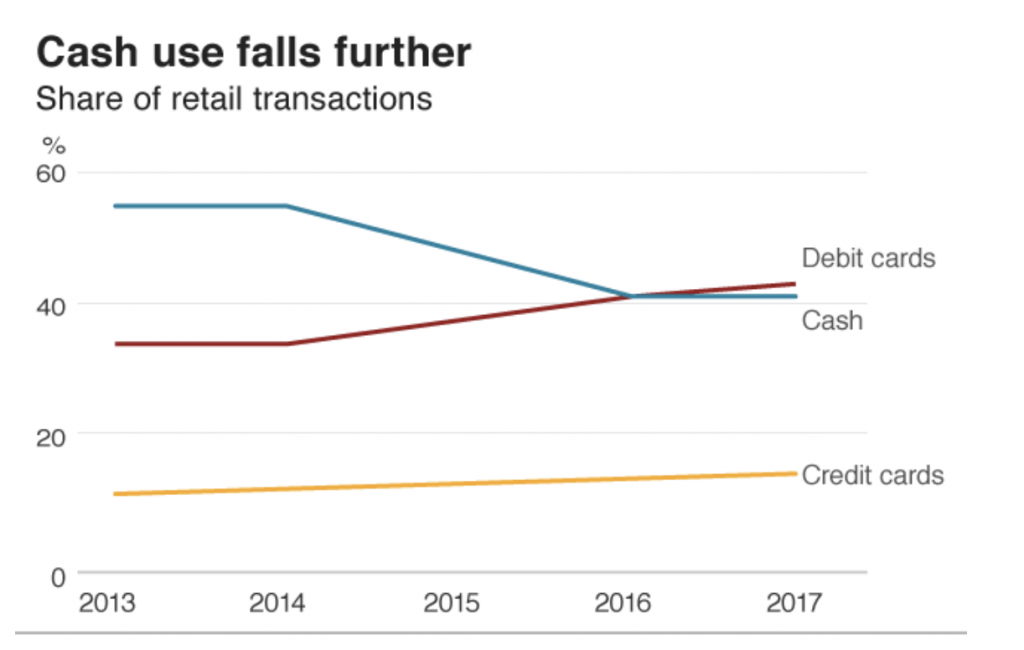 As we can see in this BBC graph, the UK customers are swapping cash for debit cards in-store. Though still surprisingly, it’s a close race. With the current COVID-19 pandemic and the worry of contracting the virus on physical cash, the data will no doubt be an acceleration of this current trend towards debit cards.

The globe is becoming more digitized, and the currency is close to becoming obsolete. South Korea underwent a coinless experiment in 2017, and there have been arguments for it in the west too. Skeptics and conspiracy theorists claim that if we no longer have cash in society, we no longer have any anonymity or autonomy over our spending. Moreover, we have less freedom, as we will become dependent on institutions that may not have our best interests at heart.

Regardless of your personal beliefs surrounding the trend towards online transactions, there’s no doubt that they’re much more efficient. Faster, more accessible (you don’t have to bring your piggy bank with you everywhere), and can even be used via a mobile phone’s NFC.

Yet, a vacation abroad still induces the reflex of going to a physical exchange store or in-branch bank to buy currency.

The majority of foreign exchange transactions are of course performed digitally. This is by far the most efficient and cost-saving way.

It’s amazing then that so many physical stores for currency conversion exist and how popular they still are. Not only this but in-branch international money transfers too.

The real issue isn’t even that physical money is a hassle, and going to a branch takes time. It’s that money transfer company exists! Companies that are designed for FX, offer much better rates and take all of 5 minutes to sign up to.

Online banking isn’t much of an improvement. Exchange margins are around 3% to 5%, and flat fees of £/$ 20+ are still very common.

The efficiencies of Money Transfer Companies

As you can imagine, everyday folk didn’t have access to the highly efficient infrastructure that investment banks use for cheap currency. But for well over a decade, we finally do.

TransferWise, which is now valued at $5bn, has grown exponentially because it has been offering customers currency at wholesale prices. Prices that match the mid-market rate, and have very small fees.

The process of using TransferWise is: Sign up on your smartphone within 5 minutes, wait a short time for approval, then finally send money to the account from your bank for free. Within a couple of days, you’ll receive a borderless card. That’s all there is to it — you can send money abroad with the card, use it in foreign ATMs, and send money digitally to most countries in 50 different currencies.

It’s not just TransferWise either, but a whole host of new fintech startups that are offering these services. With access to the mid-market rate, profoundly efficient transfers can now be completed by anyone.

This removes the need for cash and visiting physical branches, and even avoids a difficult sign-up process that banks have.

A great attribute that many of these companies have is being malleable. From the very start, they’re designed for FX exchange. Many of these new companies are using state-of-the-art infrastructure right off the bat, including putting a lot of resources towards user experience and design.

One way this manifests is in transparency over the exchange. It’s simplified and accessible, unlike banks and older FX brokers, so the price and even exchange margin is often displayed for you to see before every transaction. Or even better, you’re guaranteed the mid-market rate, and just have to pay the fee on top.

This takes a lot of weight off users’ shoulders, who no longer have to research or worry about the rate they’re receiving. Funds are transferred much faster than banking systems too, often being delivered within a day.

As mentioned before, signing up is much faster than a bank, and accessing them is a matter of clicking on the app. This means you can have accounts with several of the top-rated companies, and use whichever one that best suits your needs in each situation.

For example, Upwork freelancers outside of the US may want to attach a US bank account to their profile to avoid the terrible Upwork exchange margin. Of course, you can’t open a US bank account because of strict regulation, but you can open a TransferWise account with a virtual US account. Money can be received into here, transferred to your revolut account for free, and exchanged there where the rate is better on weekdays. This process is confined within a day.

As you can see, juggling money is often instantaneous and can mean side-stepping any friction and fees that stand in your way. Now, imagine this process if you were restricted to only using high street banks…

Some links on this page may be affiliate links, if you make a purchase following the links, I may earn a commission. Read affiliate disclosure here
« 6 Common Mistakes Beginner Investors Make
How to Get Top Dollar When Selling Your Car »